Zylstra Harley-Davidson in Elk River, MN hosted Sportster Saturday earlier today, a Sportster Bike Show.  It was a windy and chilly day but I decided to ride out in the hopes of seeing some cool bikes.  I had only just noticed the event the night before on Twitter so that's why I hadn't mentioned it before. 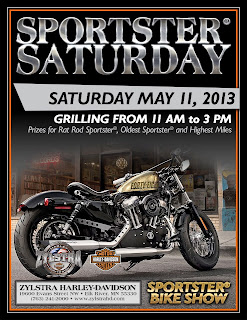 They're a good dealer and I actually bought my Road King from them but I hadn't been up that way in while. 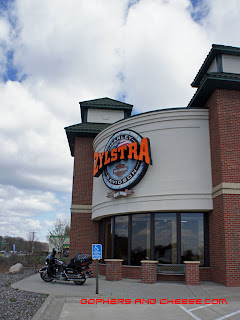 I rode my Sportster, of course. 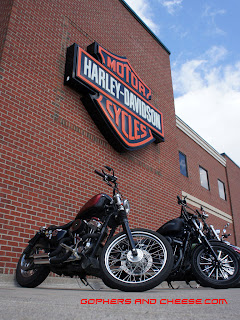 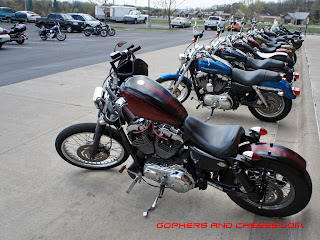 The turnout was pretty small but I ended up talking with most of the people who did ride out for the event.  The number of bikes looks a little more impressive than it really was because half the the Sportsters out front were for sale by Zylstra. 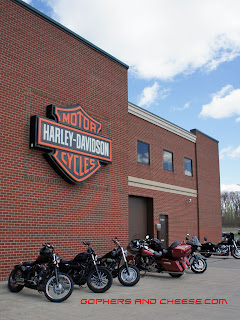 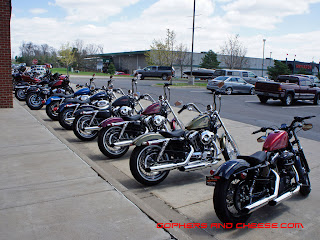 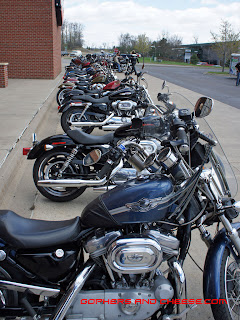 Both of these bikes had nice custom details. 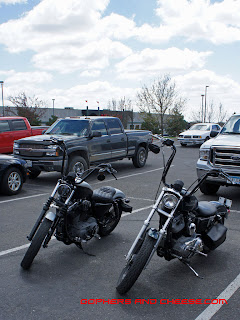 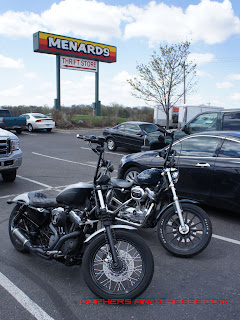 Same with this Iron. 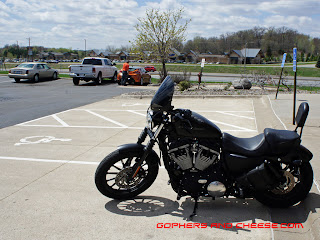 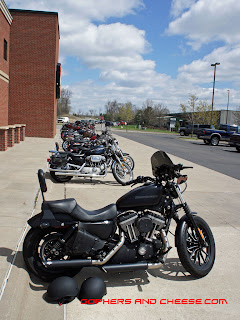 So far as new bikes go, this Seventy-Two had a pretty cool seat from Drag Specialties.  It matched the grips and whitewalls nicely. 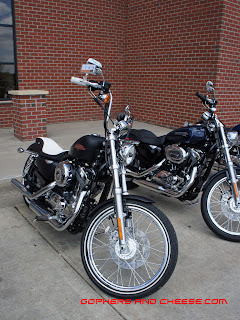 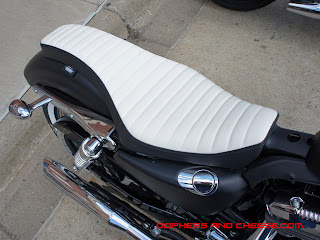 Only one ironhead showed up and the owner didn't know the event was going on. 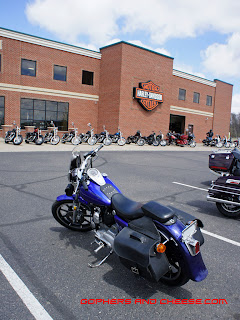 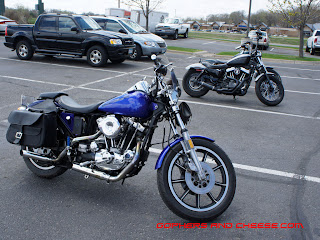 Prizes were awarded in three categories, oldest, highest mileage, and rat rod / custom.  The 1979 ironhead won for oldest, the 2003 won for mileage at over 95,000 miles, and I won for rat rod / custom!!!  Here are our bikes together. 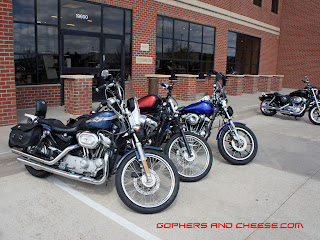 I need to keep showing up to bike shows with relatively small turnouts.  This is my third win. :)