In spite of riding an American bike manufactured this century, I decided to leave the Chopper Art Show 2 and head over to the Rockers Spring Social at Club Jäger, which was put on by Ton-Up Minneapolis.

I took a long winding scenic route through downtown and stopped to take some bridge and railroad shots.  As you can see, the roads were drying up and the sun was trying to come out. 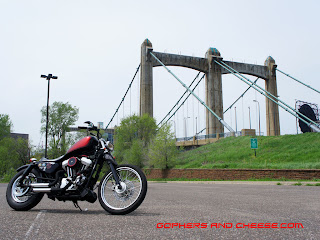 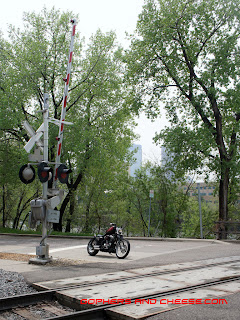 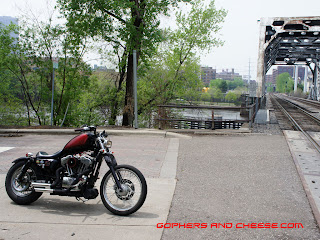 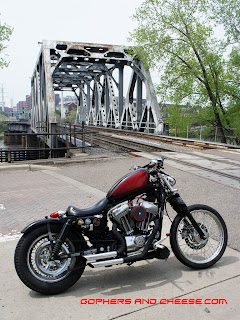 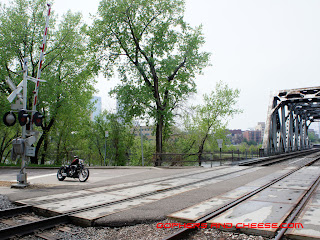 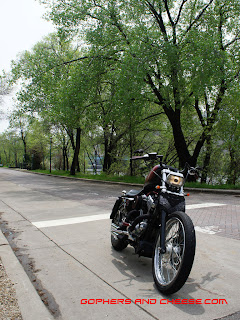 I arrived at Club Jäger just after 1pm as the show was starting.  Not many bikes were there yet but they did have cold beer, which was a plus. 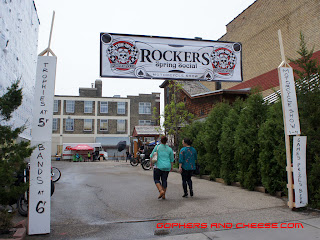 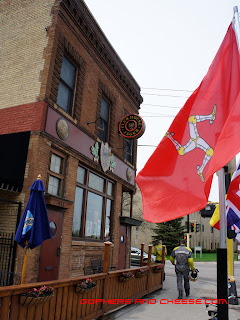 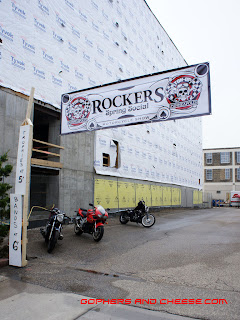 The bikes that were there made the event seem promising. 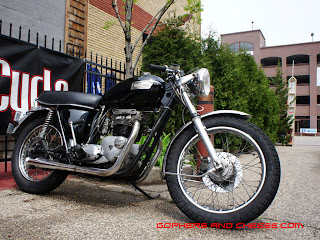 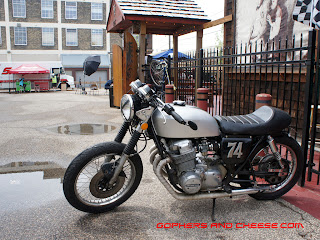 Here are some of the trophies that would be handed out later: 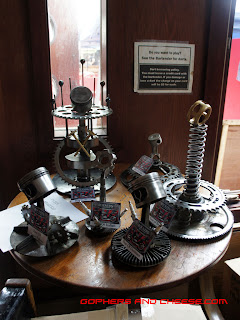 The event was starting to pick up as I left to head back over to the Chopper Art Show 2. 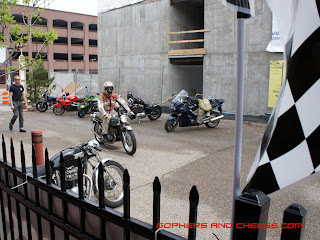 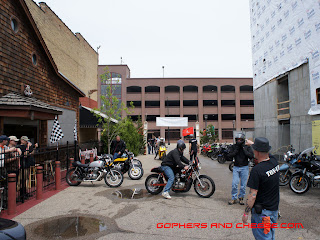 Don't worry, I returned a little later and took a ton of pics when the show was full.  Come back to check them out.