After drooling over the bikes in the parking lot, I headed back inside the Chopper Art Show.  This panhead is yet another one of my local favorites and I've photographed it quite a few times before. 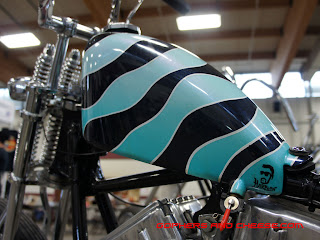 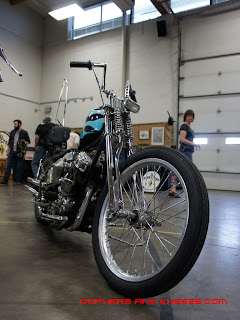 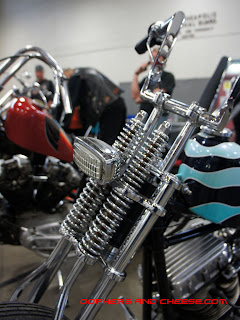 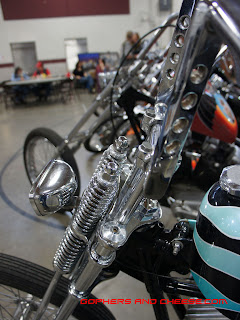 I liked the satin finish on this bike's rockerboxes.  I'm assuming it was done with ScotchBrite.  At the time I didn't even notice it was a pan-shovel.  Very cool. 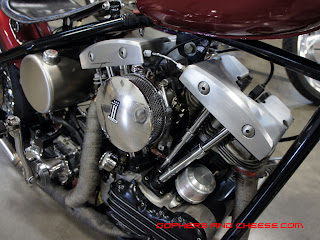 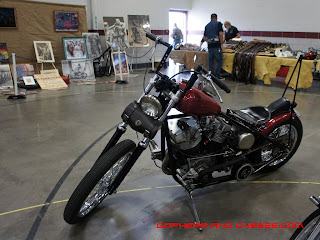 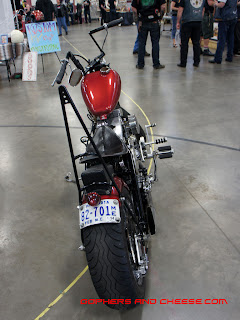 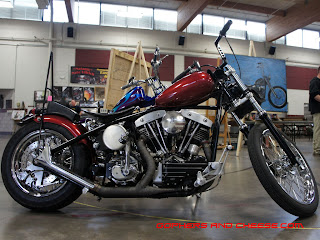 Back outside, people were still coming and going. 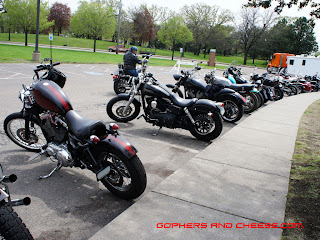 Right next to my bike was this awesome panhead, a '54 if I remember correctly.  I was talking to the owner a bit about it.  It turns out his name is Noot and he also writes a blog (click here).  He rode up from Iowa for the show.  I also saw his bike earlier this year at the Rochester Bike Show (click here for the post). 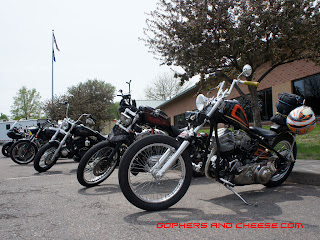 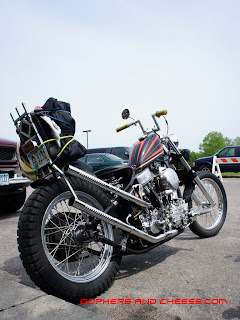 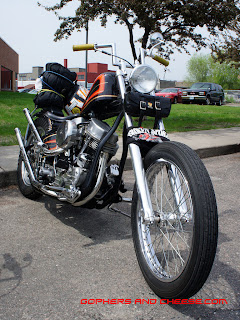 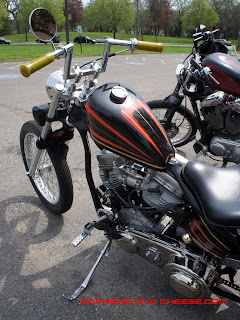 While I did stop back one last time later that day, I didn't take many more photos except for this Triumph.  It may be the only Triumph I've ever seen with forward controls. 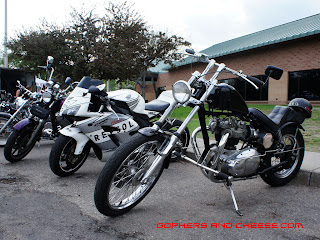 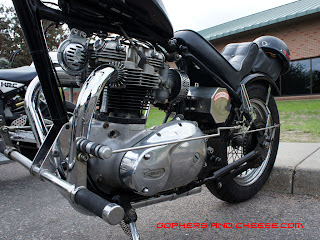 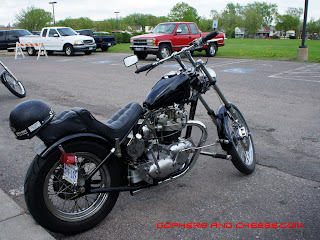 Well that wraps up the 2013 Chopper Art Show.  A bunch of photos from the Rockers Spring Social are up next.  "Finally!!!" says someone in a studded leather jacket.