Saturday had two great shows just 3 miles apart in downtown Minneapolis.  I spent the day bouncing back and forth between them.  Since they were so close, I stopped at Chopper Art Show 2 three times and the Ton-Up Minneapolis Rockers Spring Social twice.  I took a lot of pics at both events as well as points in between and will be sharing nearly 150 photos over the coming days so keep checking back! 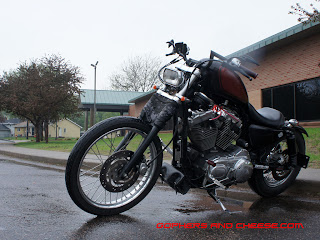 Saturday started off very wet.  I left home while it was still raining.  I tied a bandana between my forks and headed out.  My first stop was Chopper Art Show 2 at the Armory in Northeast Minneapolis.  Mine was the only bike in the lot when I arrived.  My jacket and shins were wet but I wasn't drenched.  The rain actually felt pretty good. 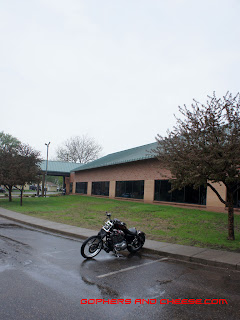 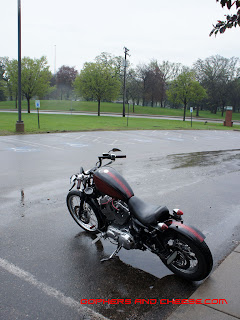 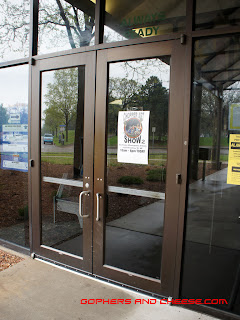 Not only were there choppers and art but there was some art-in-progress too. 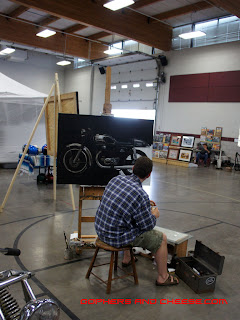 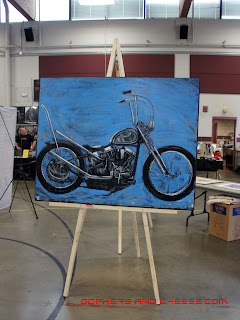 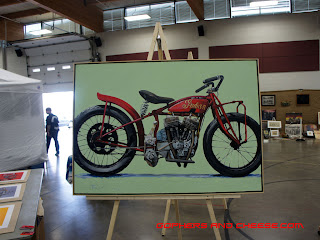 Almost anyone who loves motorcycles will be familiar with the work of David Mann who is probably most famous for his centerfolds in Easyriders. 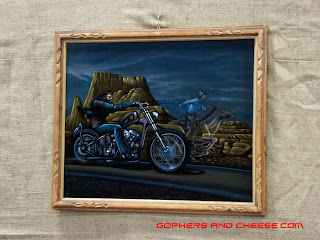 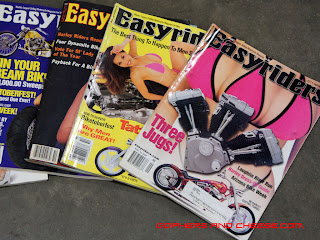 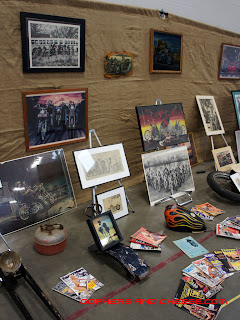 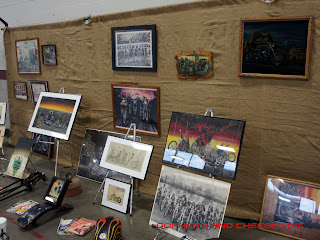 Another big name with some work on display was Ed "Big Daddy" Roth.  His unfinished panhead was here too. 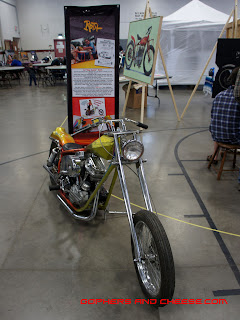 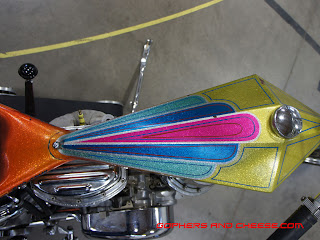 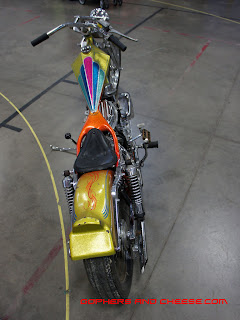 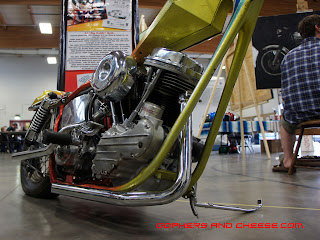 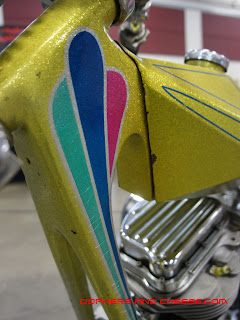 While David and Ed are no longer with us, Tom Fugle is.  He was there selling leather goods, stone with David's artwork on them, and gas tanks.  I would love to own some of his work but didn't have cash or the means to carry any stuff home with me.  I saw his panhead down in Iowa at the DicE show a while back and it blew my mind.  Awe. 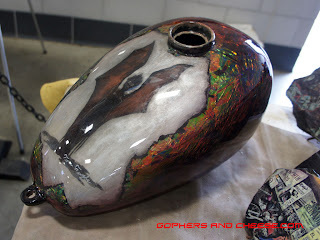 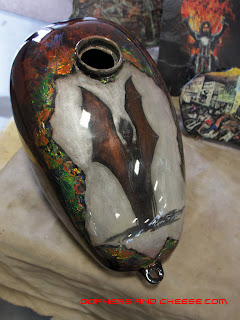 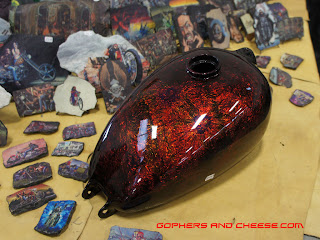 Come back all week long for pics from both shows!!!