I left Prescott and headed south towards Diamond Bluff, WI.  The curvy stretch of road between those towns is my personal favorite around the Twin Cities.  So fun. 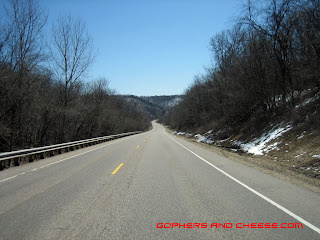 I approached Diamond Bluff and could see a decent sized gathering at the Nauti Hawg.  I would estimate closer to 100 bikes were there, twice what I saw in Prescott. 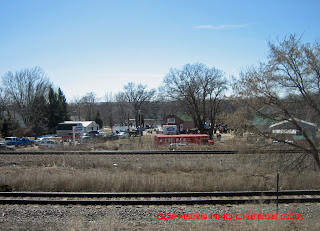 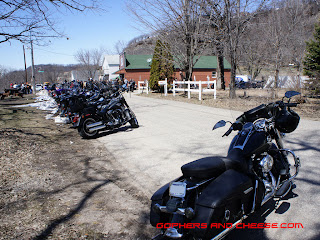 The bike that really stood out to me was this blue 2009 Nightster.  The owner said it was freshly painted and it was the first ride since the new paint.  The blue popped and I really liked the use of the emblem on the tank. 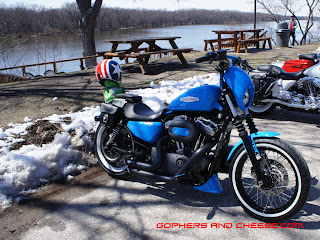 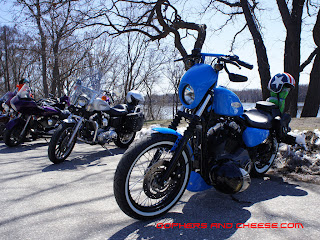 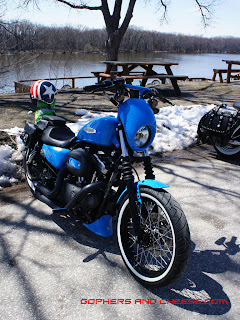 Even though the roads were clear, it was still very cold and you can see snow piled up in the background.  I rode quite a bit with these snowmobile-style gloves before switching over to my leather gloves & liners. 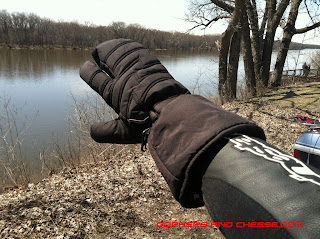 This guy had some sort of animal skin muffs / gloves that looked really warm. 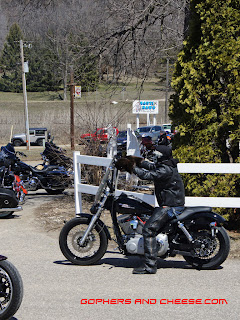 There was a wide variety of bikes parked in front of the Nauti Hawg including these Indians.  The blue one is an old one and I got better shots later in Maiden Rock. 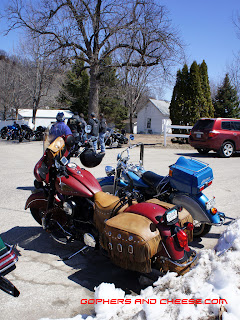 The line of bikes stretched down the street.  Check out the pigtails on the Fulmer helmet. 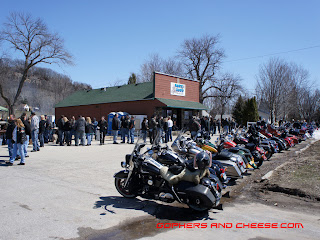 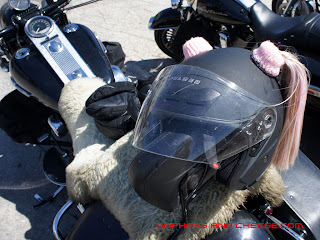 It wasn't just baggers out on the Flood Run.  There were some choppers too. 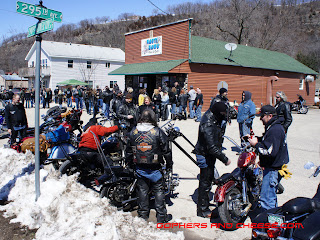 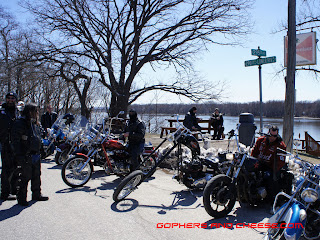 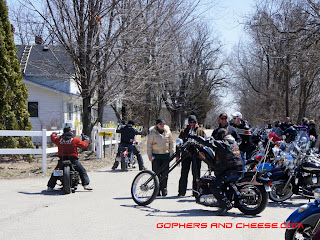 For those who either didn't want to ride due to ice or the cold or simply chose to have more fun drinking responsibly, a few groups hired party buses.  This one is the SCVR's bus. 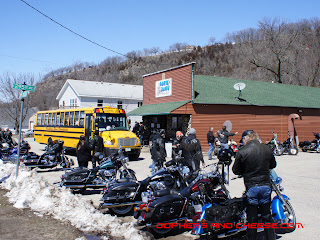 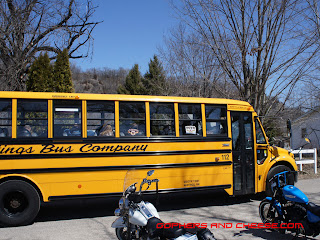