All last week I was mentally preparing myself for the fact the weather forecast was cold and snowy and the likelihood of me being able to attend the 48th Annual Spring Flood Run was very small.  I was following the Flood Run's Facebook page where they stressed over and over that the run would NEVER be moved or cancelled and encouraged people to attend by car or party bus if they couldn't ride.

Where I live, we got around 6 inches of fresh snow Thursday into Friday morning but Friday was warm(ish) and melted a lot of it.  Saturday morning (the day of the run) had a record low in the upper teens and a high was wasn't supposed to break 40.  Even that morning, I didn't expect I would attend but the sky was clear and the sun was warm.  Nervous about ice on the roads, I waited until closer to noon before bundling up and leaving.  It was my first ride of the year on the Road King (I had previously been out on the Sporty). 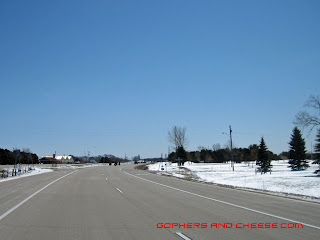 I took a direct route to Prescott via US-10.  I specifically avoided the St Croix Trail (a road I like a lot) because of the risk of ice but apparently quite a few people showed up at the Beach Bar in Lake St. Croix Beach that morning.  The thick blanket of snow I saw north of the Twin Cities got thinner as I rode southeast.  Roads were in great condition in spite of the recent snow.  I bought my wristband at the No Name Saloon. 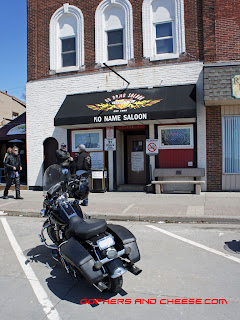 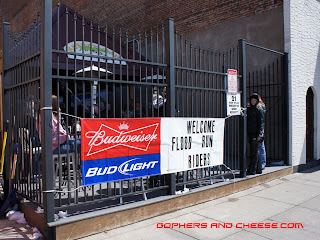 The Flood Run is a benefit for Gillette Children's Hospital so ALWAYS buy a wristband if you attend the run. 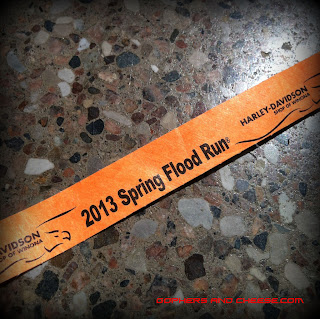 I would estimate there were about 50 bikes in Prescott at the time I came through.  The turnout was much lighter than normal but better than 2011 when the weather was also very cold.  This was my 8th time on the Flood Run (5th time on the Spring run). 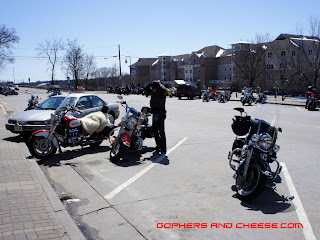 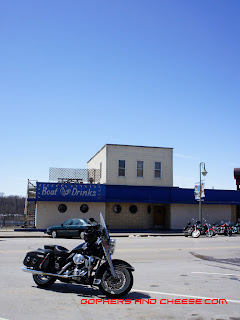 Come back all week long as I have over 60 photos that I will be sharing including lots of cool bikes I saw along the way.  I went as far as Nelson, WI so that resulted in a 200 mile round trip - not bad for riding in the mid 30s to low 40s with no heated gear.