The April 2013 First Thursday at Dulono's Pizza in Minneapolis had a really good turnout for being so early in the season.  Keep in mind this event gets HUGE in the summer with at least 10 times as many bikes. 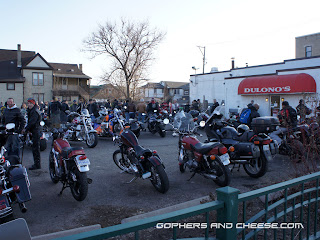 I thought this chopped fender-less Softtail was pretty interesting.  It's a mix of old and new.  I like the chrome tank a lot.  I don't quite understand the kicker.  The frame is a functioning softtail with hidden monoshock that gives the initial appearance of a hardtail.  It's a slick setup and I'm guessing it rides pretty nice. 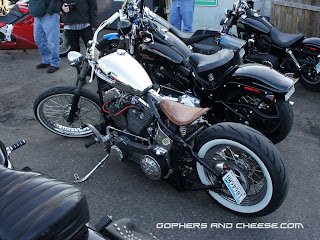 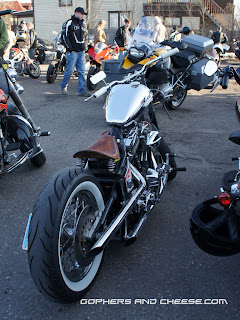 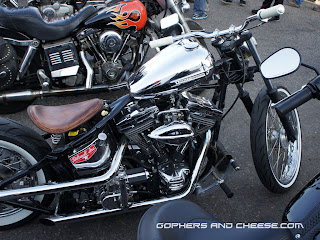 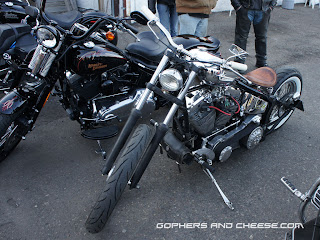 A more traditional Shovelhead was parked right next to it. 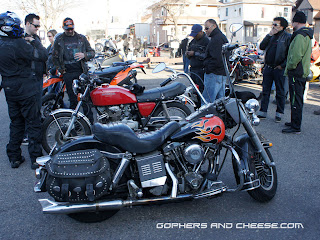 Harleys aren't the only bikes that get chopped.  Here's a chopped Honda sportbike. 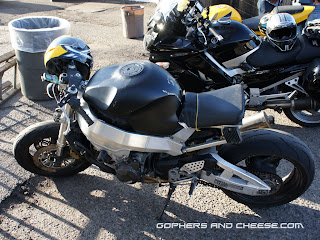 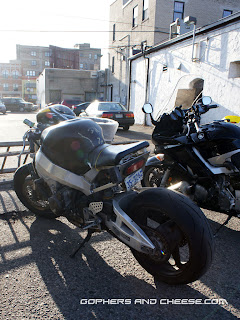 I'm not sure if this sportbike is "chopped" as much as it's "crashed".  I have no idea whether this look is deliberate.  What's that in the background?  Yep, it's snow. 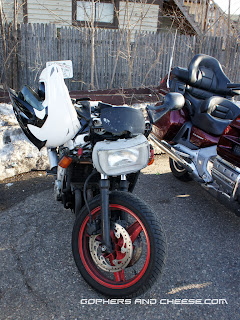 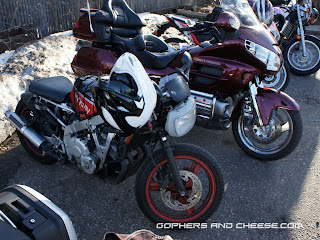 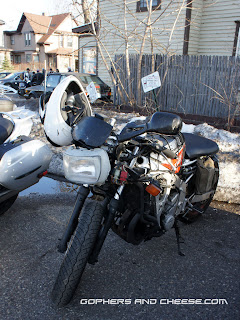 Finally, here's a Honda sporting quite a few stickers and a very dirty Mr. Happy puppet from Aerostich. 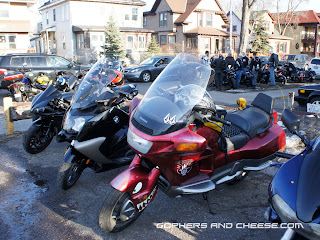 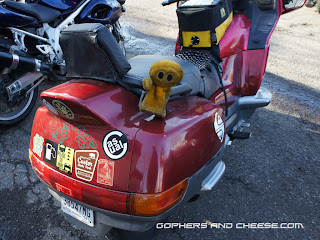 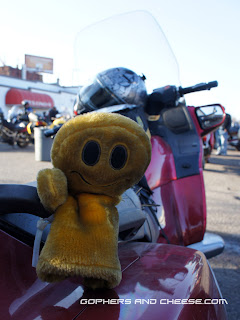 Let's hope the weather shapes up soon.  The Flood Run and lots more events are right around the corner.