Winter has dragged on here in Minnesota but the weather was quite nice for April 2013's First Thursday at Dulono's Pizza. 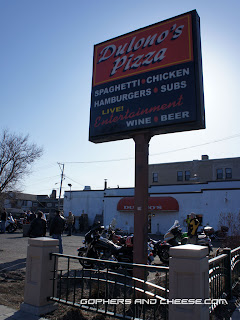 I rode to work that morning, which was chilly (30s) but I left straight from work for Dulono's and it was sunny and in the low 50s I think.  It's early April in Minnesota so you can't ask for too much.

When I arrived just before 5:00pm, there were maybe 20-30 bikes in the lot.  It was actually the first time I had ever parked in the main lot. 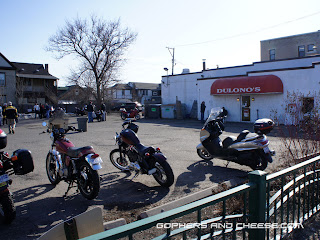 I've seen this T-Rex here before.  It looks like so much fun. 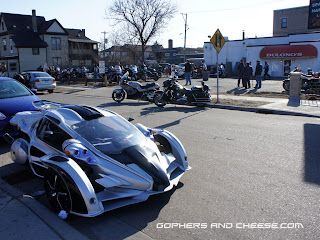 I went inside, had a beer, came back outside, got some pizza and a soda.  I snapped a few photos of my bike while I was sitting on the curb outside eating my pizza. 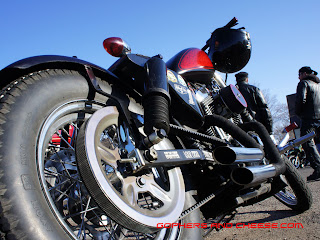 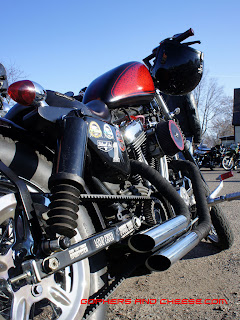 People kept arriving and the lot filled up and spilled out into the street and nearby lots.  There were easily over 100 bikes there as it approached 7:00pm. 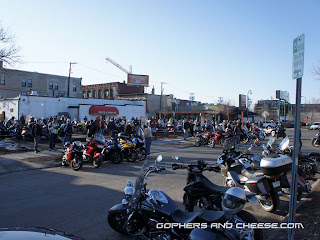 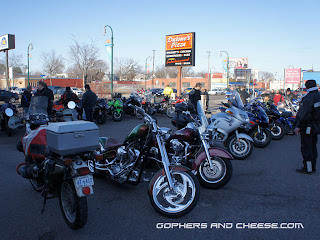 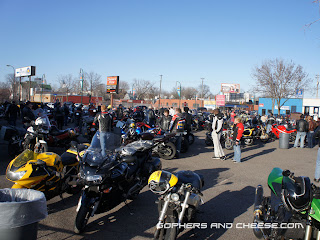 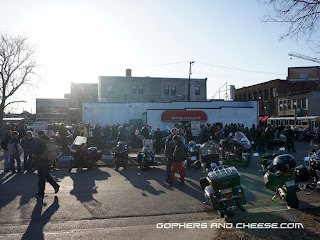 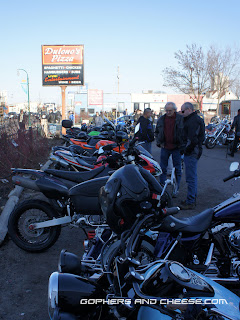 I'll share a couple of the more interesting bikes I saw in Part 2 tomorrow.