The 6th Annual Freedom First Riders Bike Show and Fundraiser (FFR Bike Show) was on Saturday, April 13, 2013.  The Freedom First Riders are a chapter of A.B.A.T.E. of Minnesota.  The show was held indoors at the Runestone Community Center (RCC) at the Douglas County Fairgrounds in Alexandria, MN.  It was my first time attending this show.

Alexandria is two hours northwest of Minneapolis and is a straight shot on I-94. 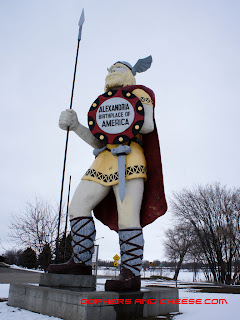 In case you're wondering why Alexandria is the "birthplace of America," it is home to the Kengsinton Runestone.  The runestone was found in Alexandria and was supposedly left behind by Vikings in the 1300s, long before Columbus.  There's a lot of debate over its authenticity but you don't care about any of that do you?  On with the bike show!

Signs for the show lined downtown Alexandria (note the viking in the background). 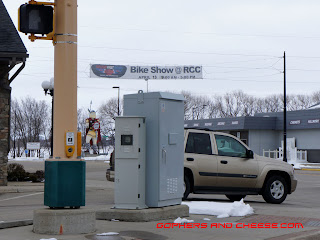 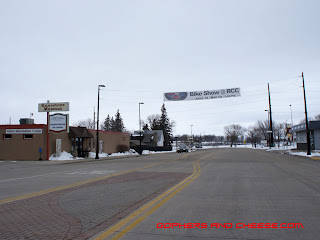 I turned into the fairgrounds and was very glad my car has all wheel drive.  Certain parts of the parking lot were basically mud pits from all the melted snow. 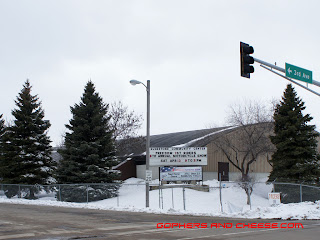 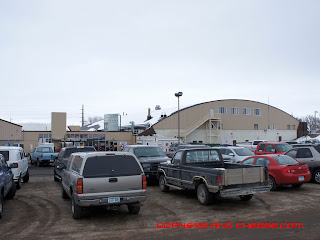 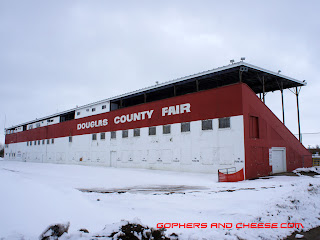 It turns out that the RCC is an indoor ice arena.  I wasn't expecting that. 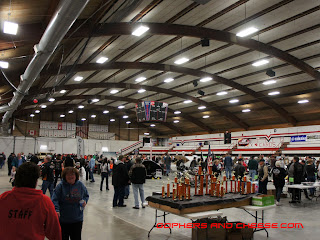 Bikes were arranged in categories for voting purposes. 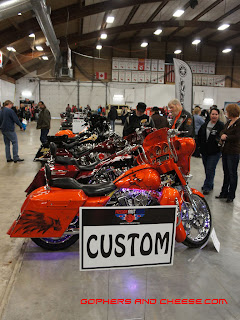 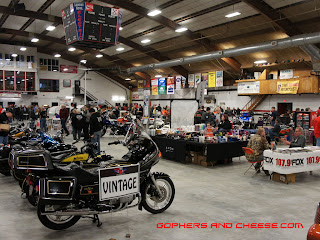 I didn't stick around to see who won but I did vote for my favorites. 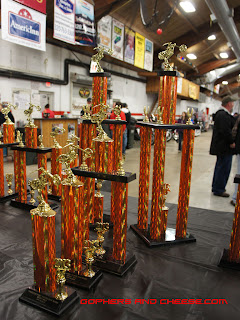 The show was small but had a wide variety of bikes and a wide variety of vendors selling all sorts of stuff from motorcycles to Tupperware.  There was a silent auction and a live auction too.  I walked around and took a bunch of photos, which I'll share over the next few days.