At the 2013 Donnie Smith Bike Show you could see bikes from newer, local builders as well as the legends whose bikes are known all over the world.

From the local front, I love this clean panhead from Pearson Customs.  So cool.  The gas cap adds a touch of class.  This is one of those bikes I'd love to own and ride the hell out of. 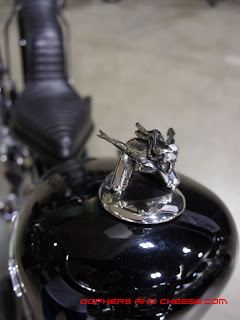 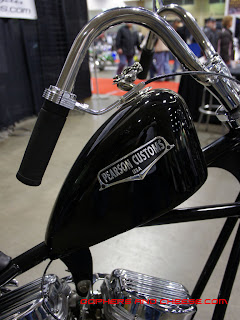 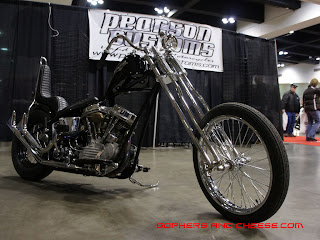 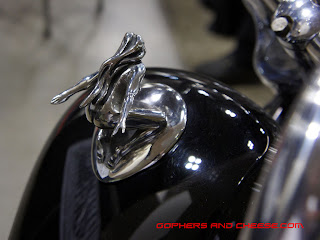 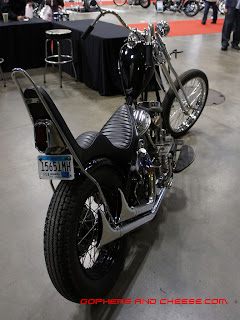 On the legend front, there were a few bikes from the late, great Indian Larry on display.  I have never seen any of his bikes in person.  The bike with the welded chain frame and combo pan/shovel engine called "Chain of Mystery" that he built for the Biker Build Off was the standout for me.  Wow.  Just... wow.  Sadly, it was the last bike that Larry ever built before his untimely death. 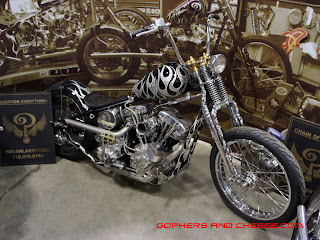 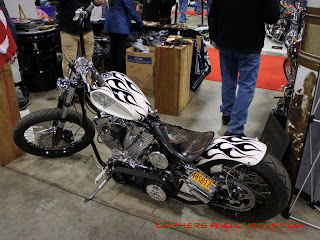 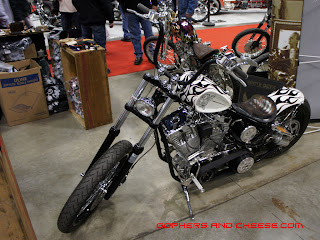 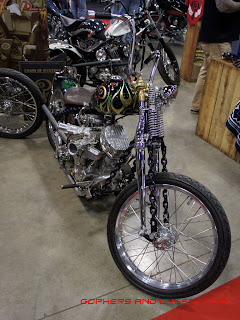 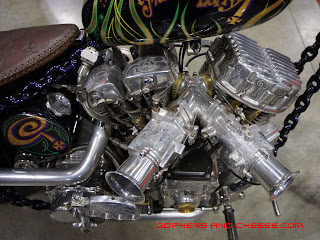 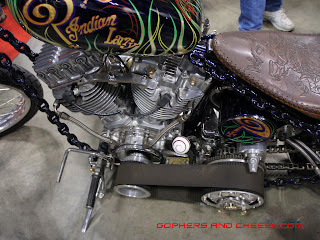 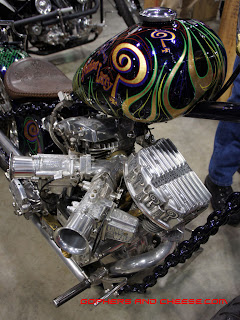 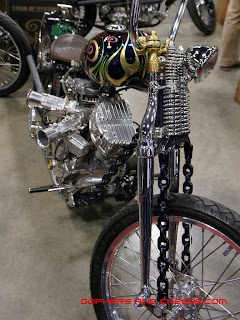 I figure I'm somewhere around the halfway point for pics from the show so keep coming back all week to see the rest.

Thanks for sharing, man you must have a bike show a week in your area.

Haha - yeah, I can see why you might think so. I went to 4 local bike shows before I even got my bike out for a ride this year. We need indoor winter shows to pass the time here in Minnesota until the snow and ice finally melt.