My plan for this entire trip went out the window after day one thanks to the weather so each day after that ended the same way - with me studying maps & weather forecasts and plotting the next day's ride. 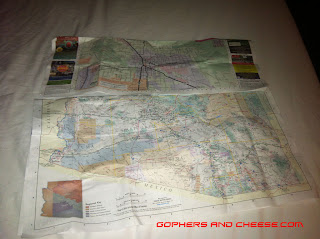 The weather was still cold and snowy in northern Arizona and I found there was a lot to do around Tucson so I stopped by the hotel's front desk in the morning and extended my stay one more night.  It meant it would be the only day of my trip that I wouldn't have to load the bike with all my gear and luggage.  Then I headed back to Sunny Daze Cafe for breakfast (since my dinner there was so good) and had a tasty California-style omelette. 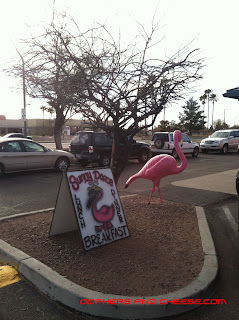 I took I-19 south towards Nogales, AZ, which is a border town with Nogales, Mexico.  Since I was clearly in the United States (where we take an oddly patriotic pride for being 1 of only 3 countries in the entire world to not use the metric system), I found it strange that all the highway signs listed distances in kilometers, not miles.  Regardless, the ride south was nice. 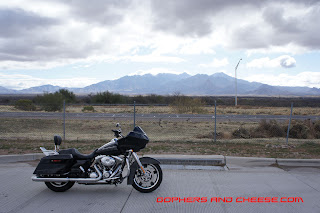 I have never been to Mexico and I have never seen Mexico but the latter changed when I arrived in Nogales.  I could actually see Mexico across the wall and fence.  The wall and fence were a striking feature against the hilly landscape.  I parked the bike and walked around a bit.  Most people were speaking Spanish and many signs were in Spanish too.  I talked to a Border Patrol agent.  I asked him where to find a cup of coffee but the conversation drifted towards bikes, the off-roading he does with his dual-sport, my rental bike, and my trip.  He seemed like a really nice guy and he pointed me in the right direction for coffee. 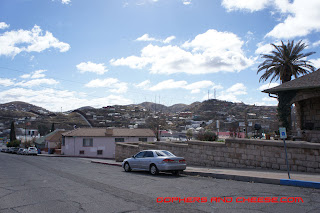 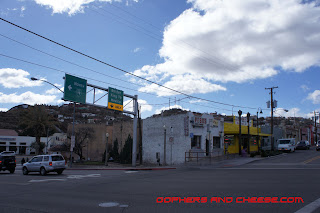 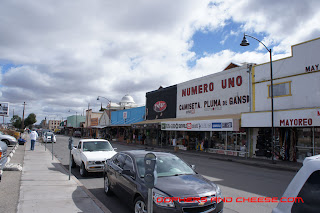 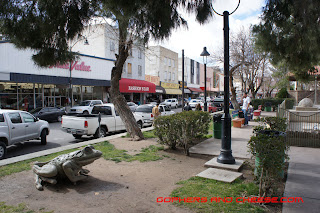 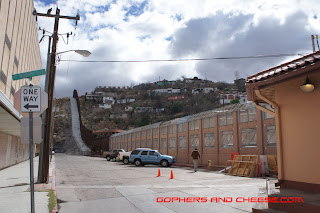 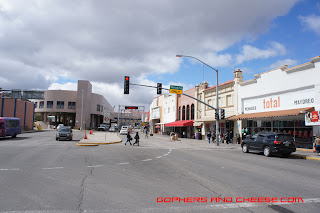 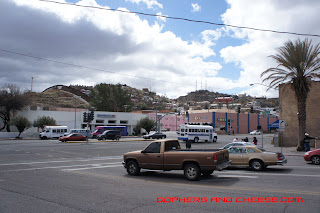 I ended up getting trapped near the shopping area by a long freight train entering Mexico that blocked my path back to my bike but I had my coffee and walked around to kill time before the train finally passed. 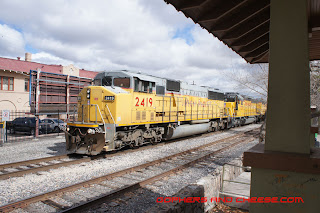 Instead of heading back up I-19 north, I took AZ-82 and AZ-83 instead.  It was a really beautiful ride and I even clipped Coronado National Forest.  However, it got cold and started to rain.  Once again I got hit with tiny hail for a brief amount of time.  I brought 3 pairs of gloves for the trip including my lightweight Biltwell gloves, a well-worn pair of leather gloves and liners (which I used most of the time), and a pair of snowmobile gloves in case the weather got really nasty.  Well, I finally busted out the snowmobile gloves for this stretch of road. 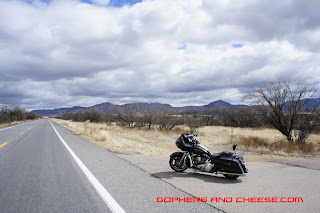 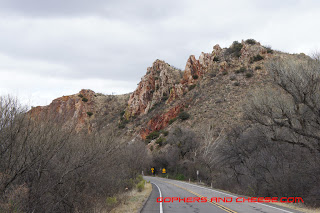 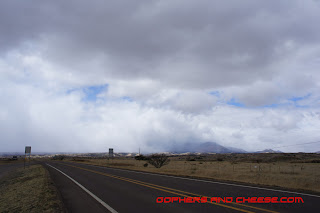 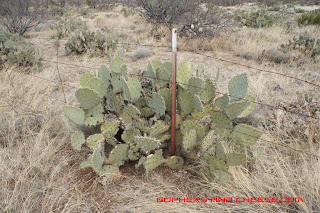 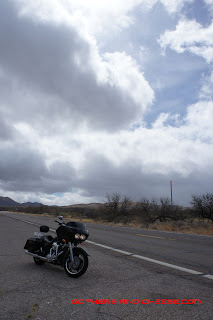 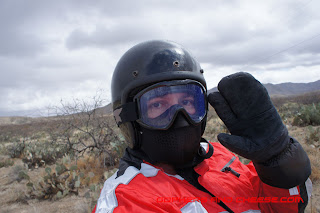 I continued north, back towards Tucson.  My next stop was Saguaro National Park.

Wow! What a righteous adventure! Thanks for adding fuel to the fire...I love your sense of adventure! Great content and pictures! How did you like the RoadGlide?
Adios!
Iron Vaquero

Thanks for your comments! The Road Glide was a great companion - comfortable, reliable, powerful, practical, and good-looking. I never used the radio or cruise control even once but I liked having the power port, tach, and air temperature gauge. Locking saddlebags are nice for traveling too. Personally, I dig the shark-nosed fairing more than a Street Glide or Ultra's. I think the fairing and double-headlight gives it a lot of personality. To me, big twins will never be cooler than Sportsters, but the Road Glide is a really nice bike. If it were mine, I would definitely extend the floorboards outward and change the grips like I did with my Road King but I'd leave it pretty close to stock and just put a ton of miles on it.