On my way back to the campground, I stopped briefly in Twentynine Palms to get the latest weather and forecast and it wasn't good.  There was now a 40% change of rain that evening and a low of 40 F.  Friday's forecast (which recently only showed a 30% chance of rain) now showed a 60% chance of rain with a high of 50 F and near-freezing low of 35 F.  Faced with a very strong chance of spending a lot of time in a cold wet tent and packing up cold wet gear, I sadly and reluctantly made the decision to pack up 2 days early and leave while everything was still dry. 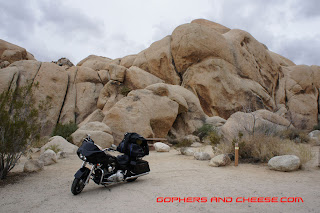 The winds and storms were coming from the southwest so my decision was to head east.  However, I had not yet even seen Joshua Tree National Park and did not want to miss it.  My campground was on the north side of the park so, in spite of the weather coming from the south, I headed into the park towards the rain. 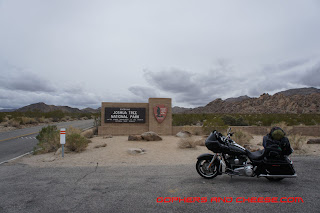 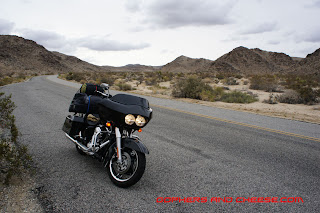 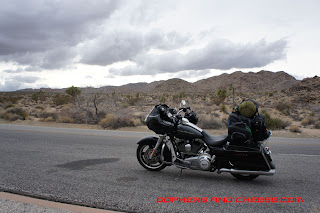 If you've never seen one, Joshua trees are really cool.  They're technically not trees but it doesn't matter - they look awesome. 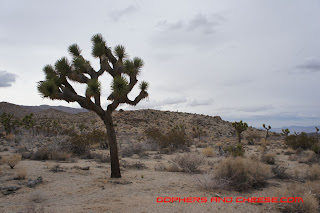 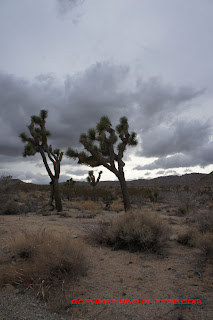 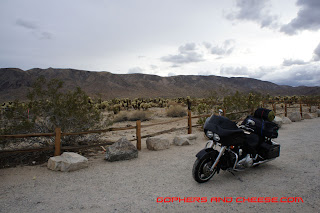 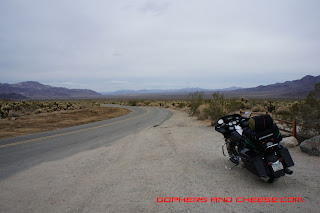 I mentioned having a GPS earlier.  It's not one of those ridiculously fancy motorcycle-specific GPS units that costs $600-700.  It was a cheap TomTom unit that I got on sale for about $70 at Target.  I used 2 zip ties to attach it to the handlebars (later I zip tied it to the clutch cable as it worked better).  When I was going to be away from the bike, I would simply cut one of the zip ties with my pocketknife and lock it in a saddlebag.  The Road Glide has a cigarette lighter-style power port built into the fairing so I could plug the GPS right in.  It worked great! 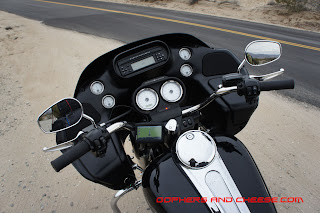 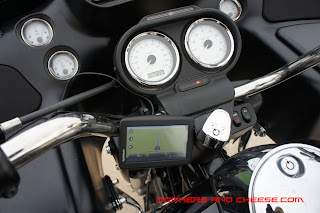 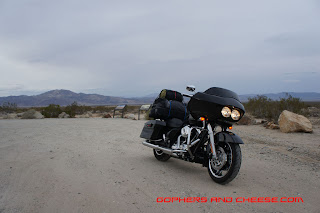 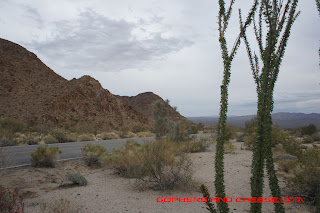 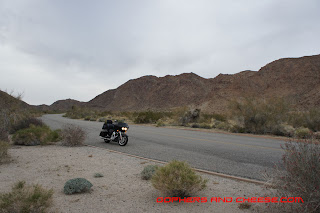 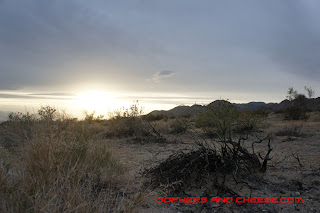 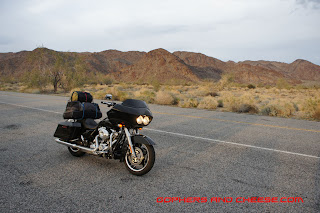 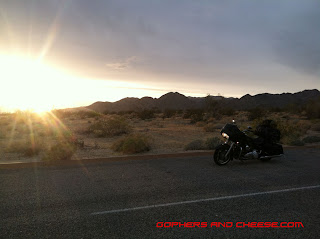 The sun was setting as I exited the park onto I-10 east.  I expected to find an interstate exit with a hotel rather quickly but was very wrong.  I had to travel 70 miles in the dark sharing I-10 with a never-ending string of "slow" moving semis.  I finally stopped in Blythe, CA at a hotel for the night.

Blythe is right next to the Arizona border.  I finally had a real meal within walking distance of the hotel and tried to come up with a new plan as bad weather (rain in southern Arizona and snow in northern Arizona) meant my original plan (3 nights camping and a trip to the Grand Canyon on Sunday) would no longer work.  I cancelled my hotel reservation for Saturday night south of the Canyon as the forecast was now calling for snow and I tried to get a decent night's sleep not knowing what the morning and the rest of the trip would bring.