I woke up in my tent on Thursday as the sun was beginning to rise in Joshua Tree National Park.  My plan for the day was to ride curvy mountain roads to the northwest and southwest all day.  The plan for the following day (the only day that I thought had a 30% chance of rain) was to stay closer to the campground and spend the day exploring the park. 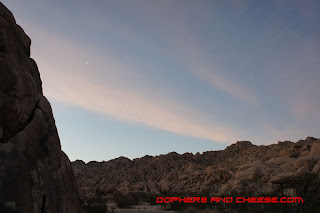 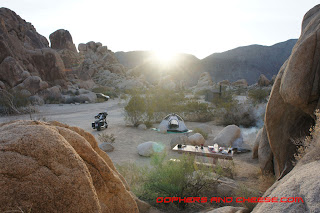 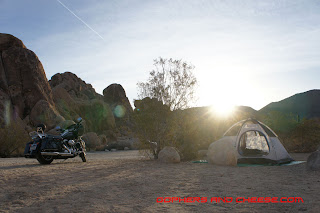 I had bought two bundles of firewood the day before and used one for dinner so I used the second bundle for breakfast.  I boiled water and made myself coffee and 2 packets of instant oatmeal.  I think I ended up having 4 cups of coffee.  I picked up a great little collapsible plastic setup at REI for making the coffee.  It was so tasty. 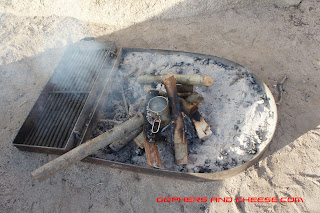 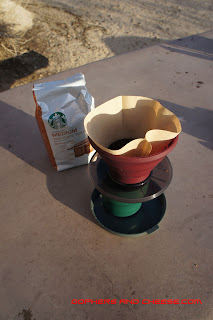 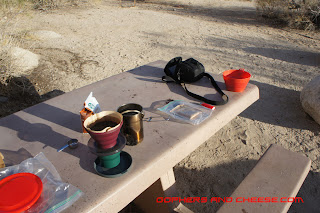 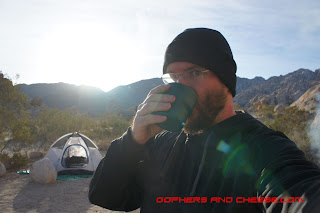 After a leisurely fireside breakfast, the sun was up so I suited up, loaded my saddlebags with extra layers, and headed out towards the San Bernardino Mountains and San Bernardino National Forest.  On the way, I stopped for gas and had an ominous run-in with a guy who was also gassing up, telling me he was getting out of town because it was supposed to snow the next day!  I was doubtful as it was mostly sunny and the forecasts I had seen showed nothing of the sort but (stupidly) I never bothered to check the current radar or forecast on my phone and continued on my way. 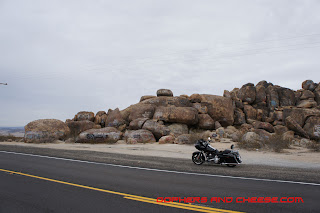 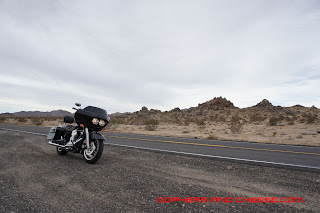 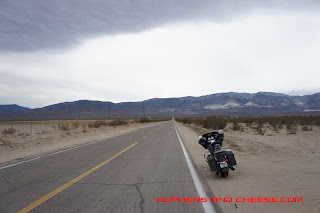 The elevation at the campground was about 3000' and I headed up into the mountains where the elevations increased to nearly 8,500' and the temperatures dropped significantly (down into the 30s).  Many peaks were snow-capped and "Icy" road signs were everywhere but the roads were perfectly dry and I had been watching the weather and there hadn't been any recent precipitation.  I figured that if I ran into any sign of bad roads (snow, slush, or ice), I would simply turn around.  The ride was cold but beautiful.  I was layered up so I stayed warm. 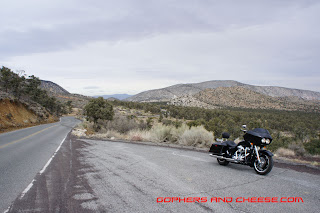 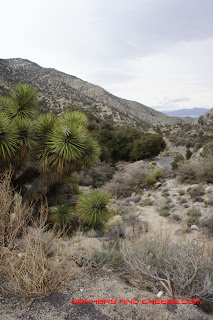 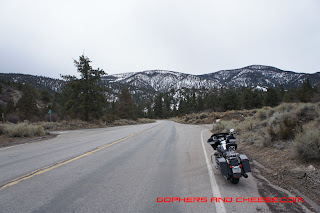 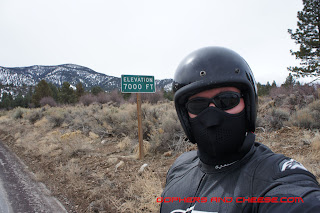 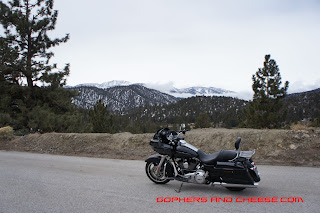 Sometime after I hit the max elevation and started coming down out of the mountains, I ran into mist and that mist turned into light rain.  The Road Glide has an air temperature gauge on the fairing so I knew it was still in the 30s.  It honestly scared the crap out of me.  I wasn't expecting any rain that day and given the air temperature, snow or ice was becoming a real possibility (not good on any road while riding a 2-wheeled vehicle, let alone a steep curvy mountain road).  Turning back would mean climbing back up the mountains and even lower air temperatures, which would likely be a terrible decision.  I knew I was descending and I knew from the GPS I was using that I wasn't too far from town (at the base of the mountains) so I very cautiously and slowly headed down the mountains through the rain. 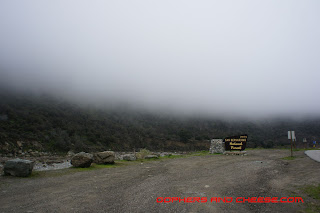 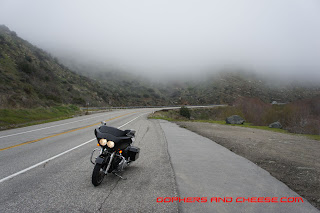 Even though I was cold and wet, I was relieved to reach the base.  Just before the trip I picked up a pair of Biltwell goggles and they worked flawlessly in the cold and rain.  They fit my Fulmer helmet just fine, visibility was great, rain streamed right off, and they never fogged up.  I will never go riding in the rain without them.  They are awesome! 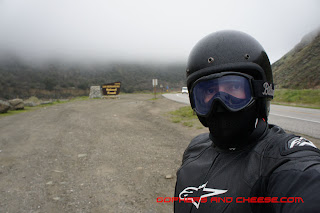 It was now cloudy, raining, and very windy so instead of riding through more mountains, I headed back to the campground as fast as I could, only stopping as a gas station for some hot coffee and trail mix for "lunch".

Those two words sum the trip up pretty well.