Speed Club, Heavy Clothing, and Union Speed & Style were all at the 2012 Bearded Lady Motorcycle Show.

Union Speed & Style had a pair of cool bikes on display.  I've been thinking of getting my seat recovered by them for a while.  They do nice looking work. 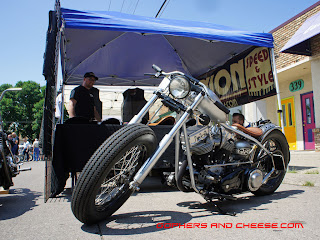 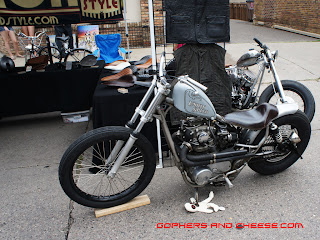 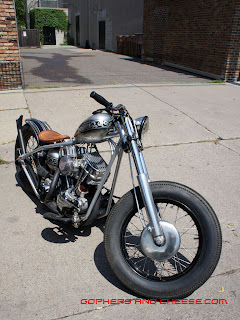 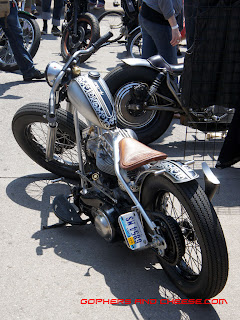 This was Brian's set up for Speed Club Inc.  I talked to him for a little bit. 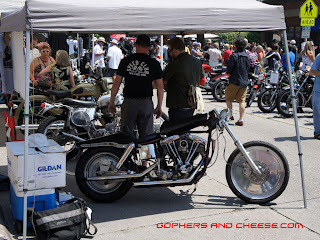 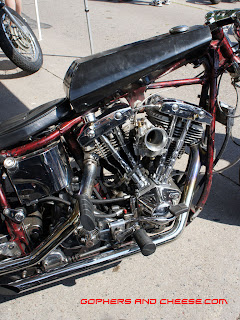 This is his other bike, Ebony Queen (as seen in my Donnie Smith Show post here).  What can I say?  He builds great bikes and gives them memorable names. 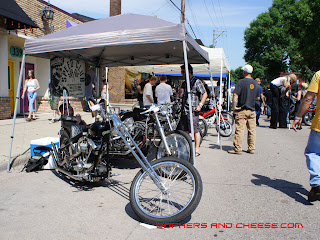 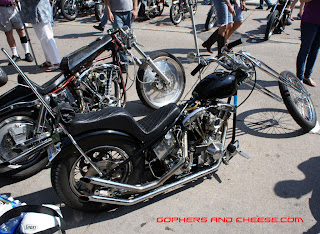 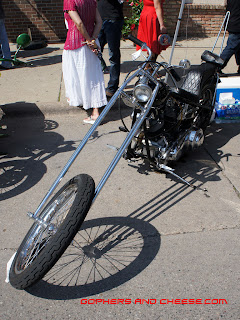 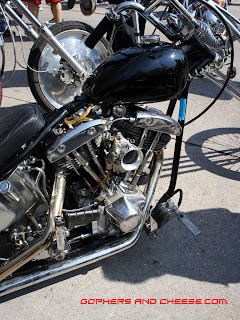 Currently, he's building a trike for Show Class Magazine's People's Champ competition. Check it out on his site and the Show Class site.

I only managed to get this one photo of the corner of Heavy's display, but on the bright side, I got another photo of the Dreamsickle.  Such an awesome pan. 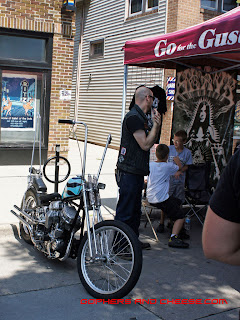