There were a lot of interesting bikes at the 2013 Rochester Motorcycle Show.

Once of the craziest looking bikes was this 1980 Kawasaki KZ750 with green dropseat frame.  The photos really don't do the green justice.  You had to see it in person.  This is an extreme design and I really don't know how you can see where you're going. 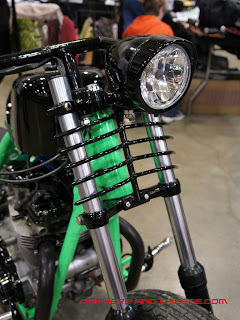 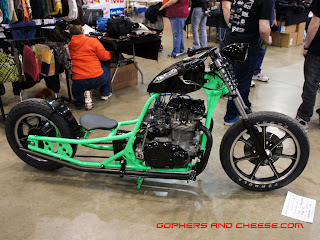 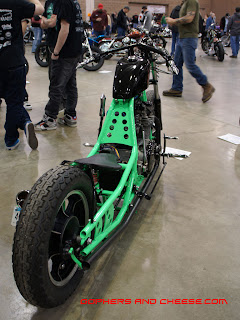 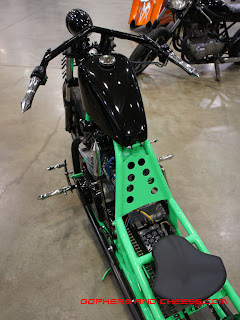 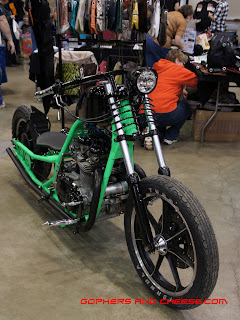 Same story for these two bikes...  I would think the sky high tanks would make it difficult to see.  The first is this striking 1955 KH chopper created by ChopKo Customs. 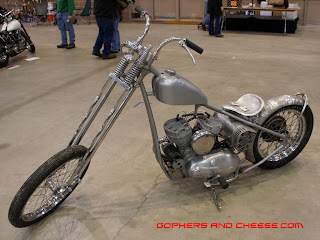 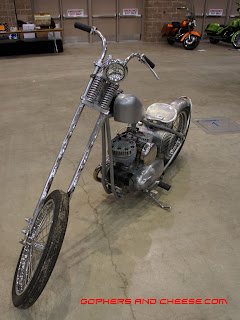 The owner of this shovel might be at the swap looking for a primary cover. 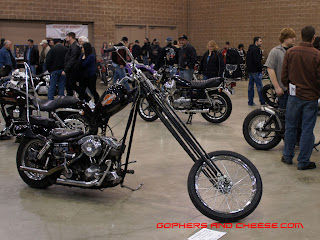 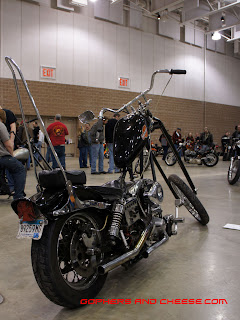 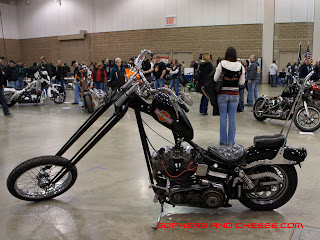 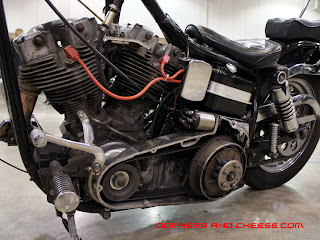 While this bike's tank isn't quite as high, the forward controls the tall bars seem like they would make for an awkward riding position on the orange-framed hard-tailed bike. 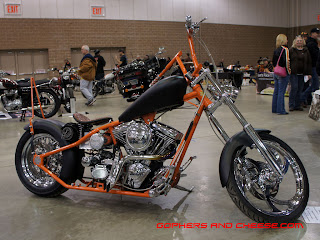 Speaking of awkward riding position, try having a gun mounted to your handlebars.  These Buells each have a distinctive theme. 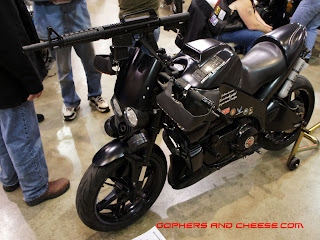 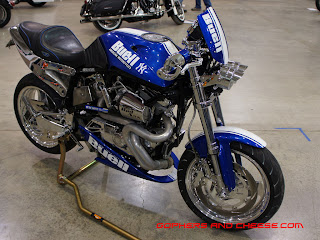 So many more photos to post...  Come back for more!