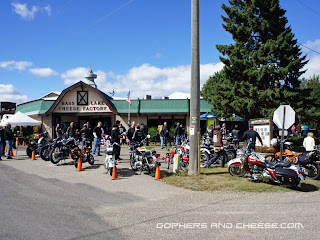 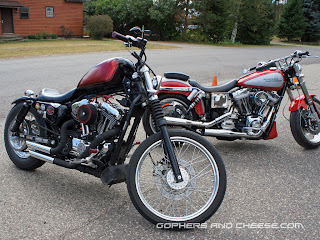 I remember overhearing someone talking to his buddy about my bike and commenting on the paint.  He assumed the orange peel in the clear was deliberate to give it a particular look (I forget what he called it).  For the record, the orange peel in the clear is NOT deliberate.  I sanded, wetsanded, and buffed the tank and fender a lot but could never got them glass-smooth.  It's rattlecan paint and I didn't want to burn through the clear as I didn't know what I was doing (and still don't).

For example, here was a hardtailed Sporty for people who love scorpions, skulls, spikes, and iron crosses... all on the same bike. 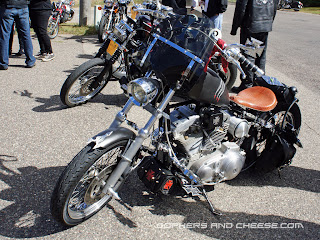 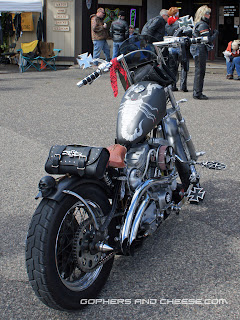 If that bike wasn't your style, this Nightster was a bit closer to stock but still had a few tasteful modifications. 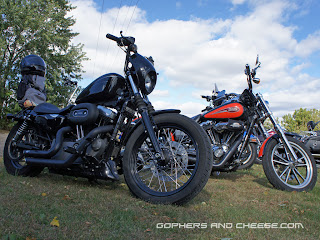 The bike that I am lucky didn't enter was this gorgeous hardtailed Sportster with hand shift and king & queen seat.  I had seen this bike earlier this year at both the Hog Feed and Bearded Lady and it's amazing. 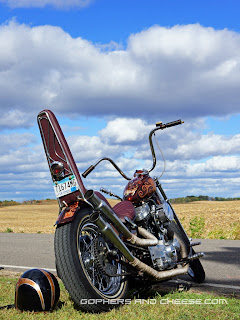 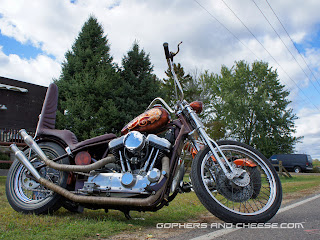 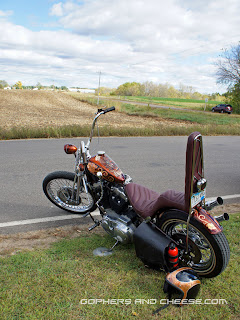 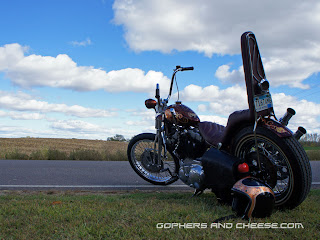 In spite of the potential competition, I took first place again.  Tom said something went wrong with the trophies so instead of the aluminum ones handed out last year, this year's trophies were plastic Frisbees.  Regardless, I was happy to get one. 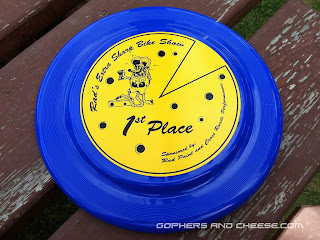 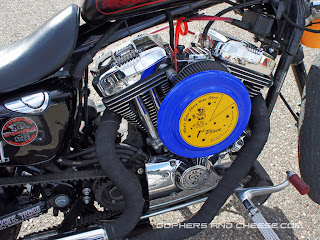 I definitely recommend attending next year but stay out the Sportster class as I'd like to three-peat.

AWESOME!!! Frisbee Trophies... We can ensure a three-peat I'm sure!