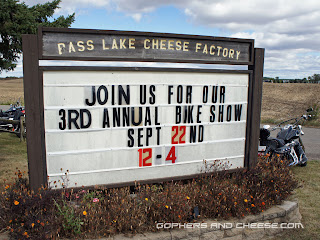 This year's show was a beautiful day but it was rather chilly.  I rode my Sportster and my wife drove the car. 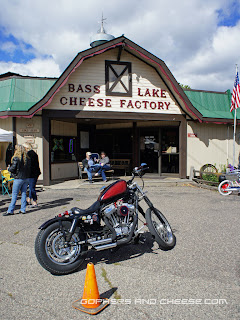 It's a relaxing show.  You sit around, drink wine and beer, eat cheese and beef sticks, listen to music, and check out bikes. 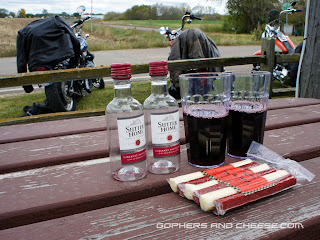 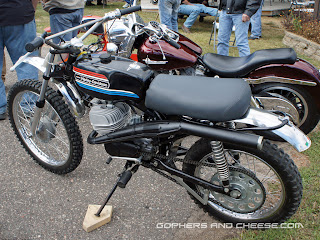 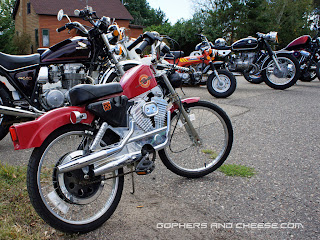 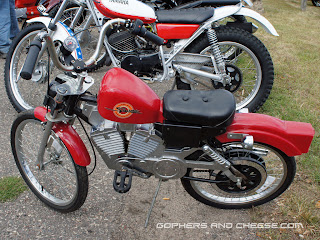 I've been wanting fishtail pipes for my Road King, but not this long. 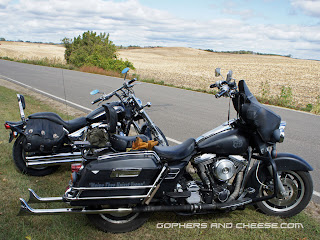 Here's something you don't see everyday... a Ural cafe racer! 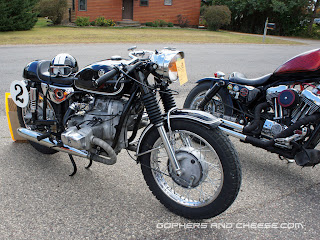 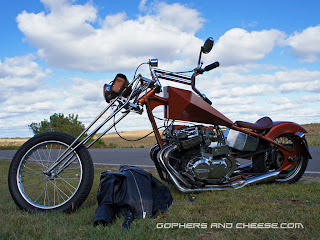 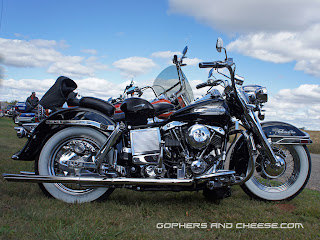 I don't know who "SuperPat" is, but the slogan "Never Pull Over" on the fender is bound to get him/her into trouble one day. 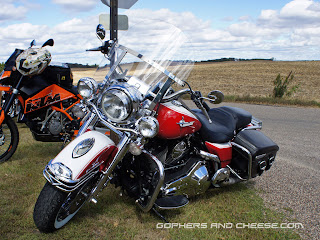 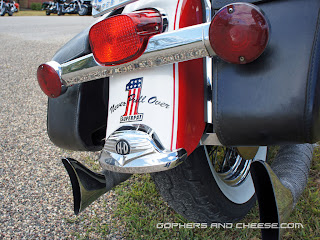 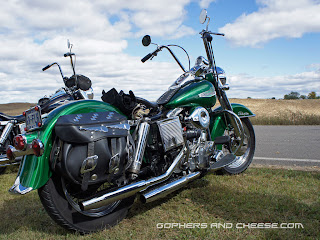 Come back for part 2 including the Sportster class results.