The bike that absolutely blew me away at That's A Fine MotorBike was this 1977 rocket-powered Sportster, XL1000.  Yes, ROCKET-POWERED!!!  I love Sportsters but have never seen anything like this.  It was AMAZING!  It looked like someone bolted on a bunch of fire extinguishers where the motor should be.  NOS is for sissies. 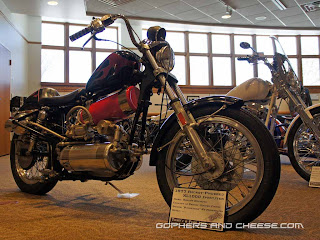 It was built and is currently owned by "Rocketman" Ky Michaelson.  The following description comes from his website (check it out for vintage pics).  There's an even longer description here.


"Back in 1977 I was contracted to build a Rocket Powered Motorcycle For a guy they called, "The Human Fly". They sent me a brand new Harley Davidson motorcycle still in the crate to use.

I rode it one mile, brought it back to the shop and pulled the engine out of it. Then built two 1,500 lb thrust hydrogen peroxide rocket motors for it. The bike was built to jump over 27 buses at one time. And now 30 years later, I bought the bike back, it only has just 3 miles on it. I still have it in my personal collection."


The jump was unsuccessful but The Human Fly survived.  There is a 7 minute documentary I found on YouTube called The Human Fly 101 that includes coverage and video of the failed jump (at 4m 38s).


Failure or not, this bike is awesome.  It's difficult to wrap your head around what you're looking at and what it must be like to ride.  While there are many obviously missing parts (motor, transmission, battery, clutch lever, etc.) and many added parts (rockets, etc.), I find it particularly strange to see the rotor with no chain.

Words cannot do this bike justice so just enjoy the pics. 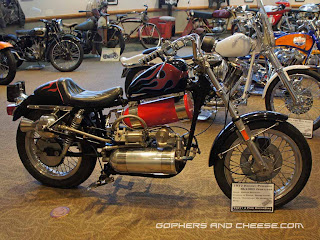 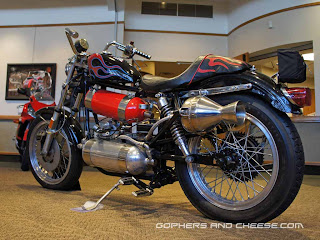 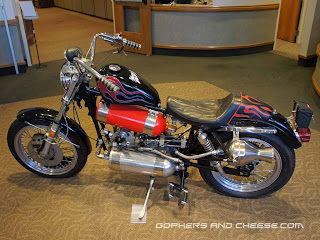 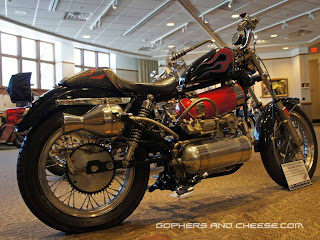 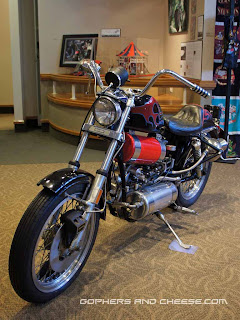 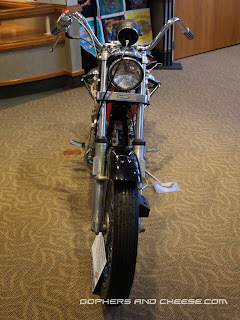 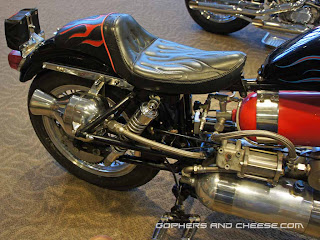 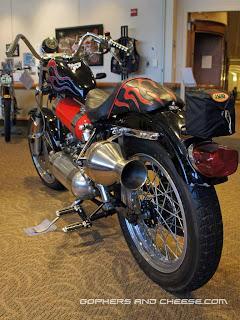 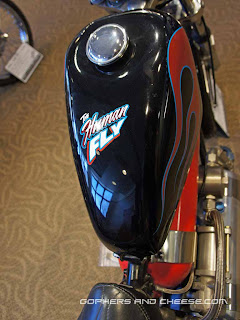 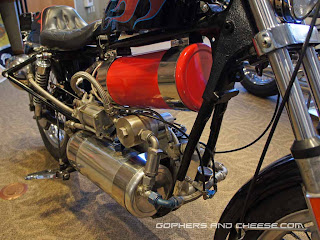 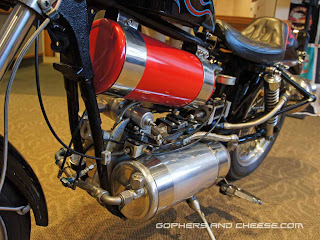 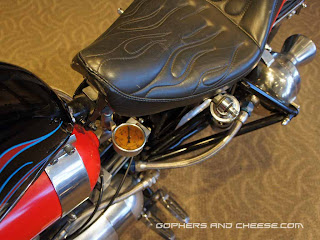 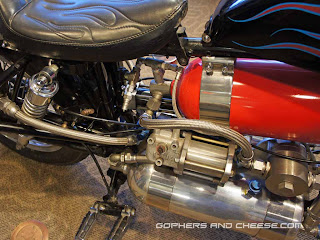 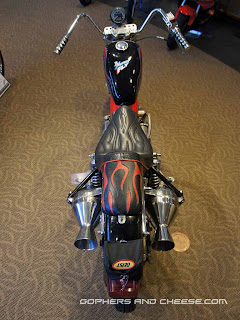 There is still time to see this show (and this bike) in person as it runs through the 27th.  Go!!!

By the way, I'm not positive, but I'm guessing the name of the show "That's A Fine MotorBike" comes from this Richard Thompson song, 1952 Vincent Black Lightning: