The 2013 Progressive International Motorcycle Show in Minneapolis did a nice job weaving custom bikes into the manufacturer displays.  The Triumph display was a great example.

This Triumph from Klock Werks Kustom Cycles had fantastic paint. 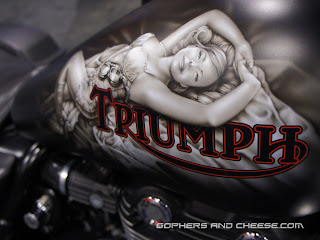 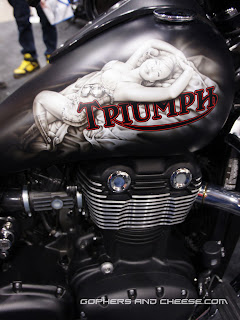 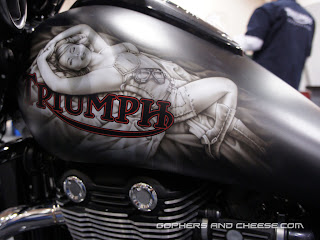 However, what really surprised me... genuinely surprised me, was this 1966 Triumph Bonneville customized by Orange County Choppers, yes OCC of American Chopper fame.  I didn't know they could do something so... uh... nice.  I don't agree with all their choices but, overall, I was really impressed.  Another thing that was nice was that it wasn't roped off and you could sit on it. 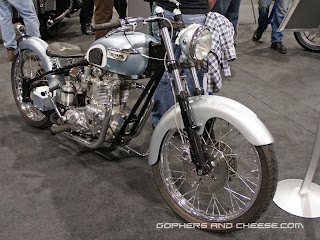 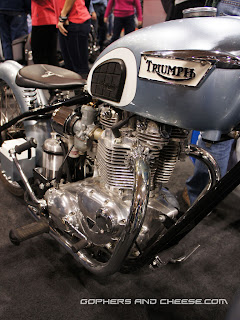 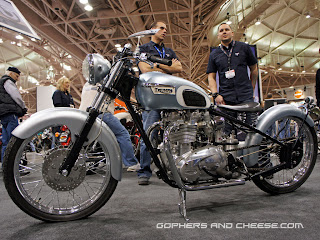 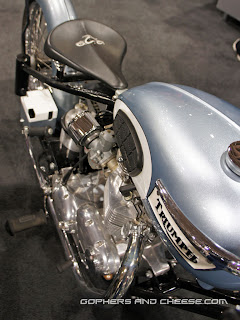 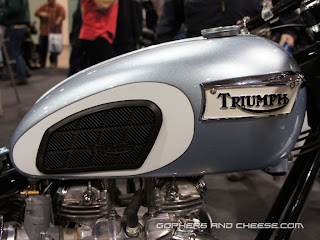 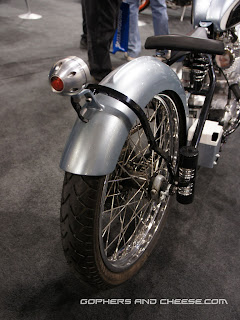 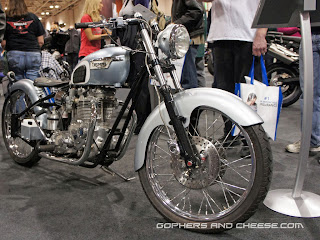 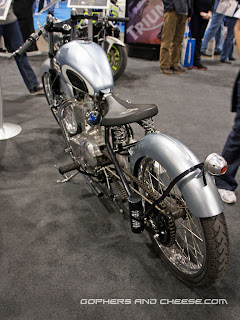 Paul Sr.'s shop was not the only one featured at the show.  The GEICO Armed Forces bike from Paul Jr. Designs (PJD) was there too. 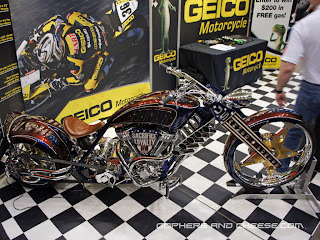 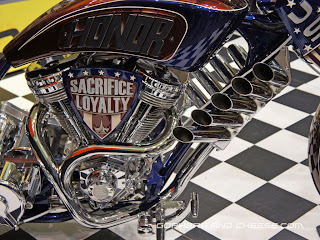 One more post from the show is left and I'll bet you won't even see the bikes in the photos.