The 2013 Progressive International Motorcycle Show at the Minneapolis Convention Center had a few older bikes on display too including many from the Vintage Japanese Motorcycle Club (VJMC). 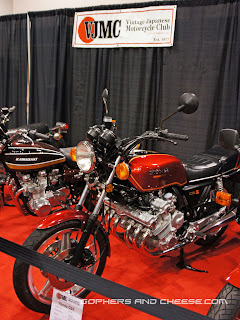 There were a lot of bikes to check out including this little Kawasaki 75 mini bike. 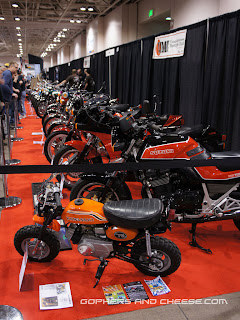 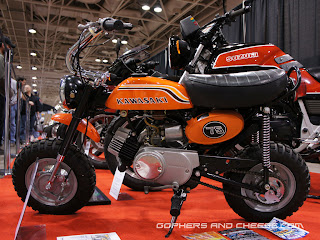 A very unusual bike was this 1975 Suzuki RE5 with rotary engine.  I didn't know such a thing existed. 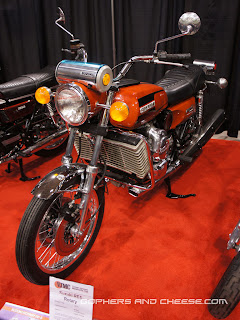 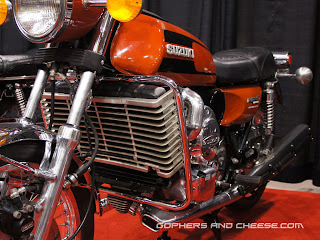 The Viking Chapter of the AMCA had a few bikes too including this 1942 Harley-Davidson FL knucklehead.  I'd bet the seat can tell some stories. 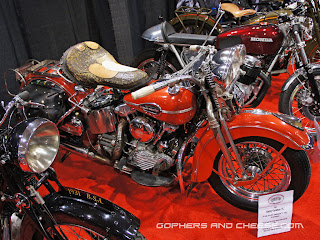 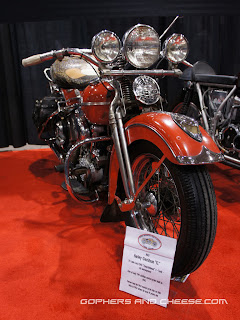 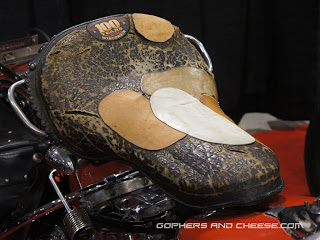 If you think that seat looks ancient, look at what a fisherman caught!  It's a 1938 NSU 251-OSL that fell through the ice and sat at the bottom of a lake for 56 years until it was snagged by a guy fishing for carp. 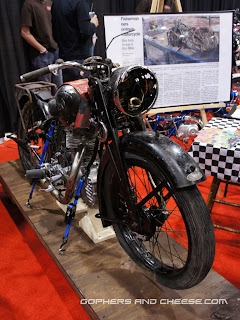 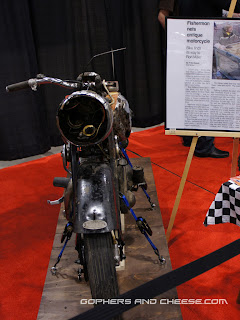 Trust me that the bikes in the next post are in much better condition.