The main draw of the 2013 Progressive International Motorcycle Show is the manufacturer displays and there were tons of them. 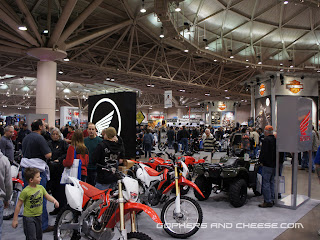 Of course, I stopped by Harley-Davidson's display.  I was a little disappointed not to see anything really new.  In prior years at the show, I had seen the Nightster, Forty-Eight, and Seventy-Two before they went on sale.  However, there were a few nice "factory-customs" there including this Iron 883 and Street Bob. 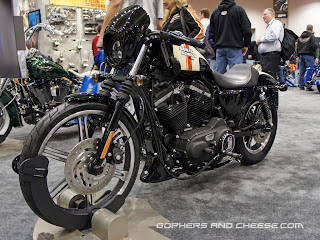 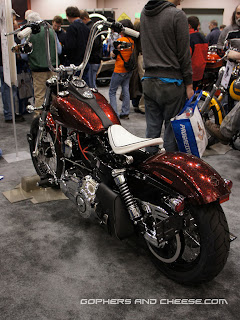 They also had a nice display showing all the layers of paint used to create the factory metal flake.  It's illustrated in detail on this Seventy-Two tank.  The process and results are a lot more professional than the rattlebomb on my Sporty. 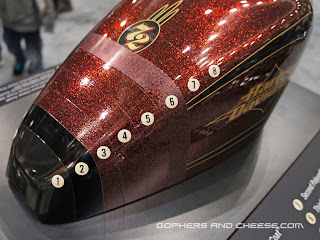 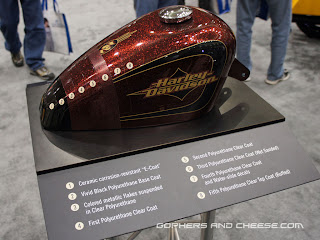 You could find Harleys all over the show floor including this replica of Evel Knievel's 1972 XR750 Jump Bike.  It was even painted by Evel's painter. 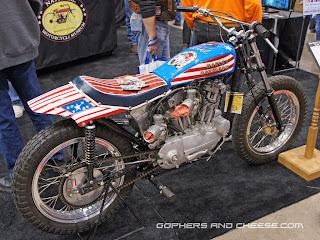 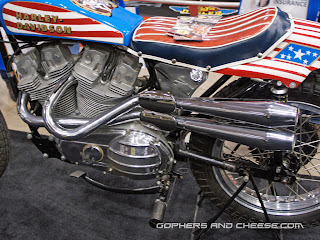 By far, my favorite Harley at the show was this custom 1958 FLH 74" panhead.  I had seen it at the Full Tilt Chopper Show (blog post here) and Donnie Smith Show (blog post here), but it never gets old.  In fact, if I could take any bike home from the show with me (to keep, not sell), this would definitely be my pick. 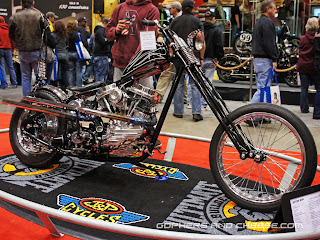 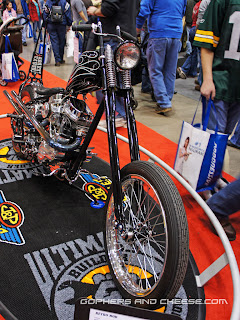 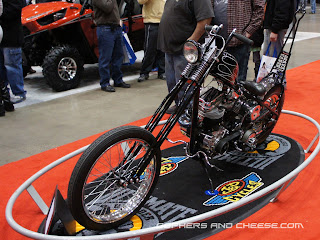 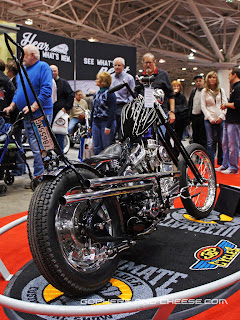 Not to be out-shined by Harley, Indian Motorcycles also had a big display and were excited about their new owners (Polaris) and new motor.  However, when it comes to Indians, I like the old ones, not the new ones.  I saw this 1935 Indian Chief on American Pickers and it was cool to see it in person.  Mike and Frank are always finding cool old motorcycle stuff in barns and garages. 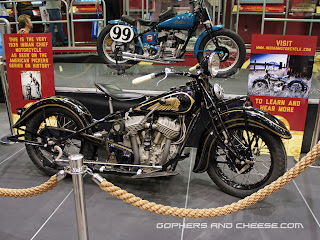 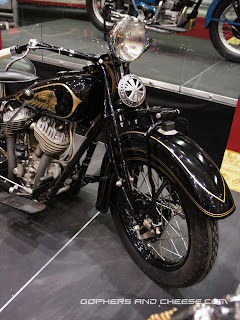 There was so much to see at the show.  Even after spending six hours there, I felt like I was just scratching the surface.  It was really difficult to take it all in.  Don't worry,  I still have lots more to share. 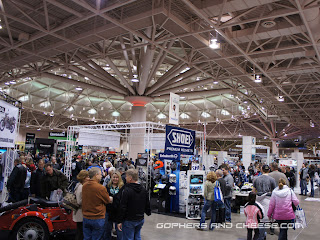 What do the vintage bikes, the Teutuls, and Ducati booth girls have in common?  They're all featured in upcoming posts!