Some of the first bikes I saw after walking into the 2013 Progressive International Motorcycle Show were these built by Donnie Smith.  It's a not-so-subtle reminder that the Donnie Smith Bike Show is just 2 months away and I'm definitely looking forward to it. 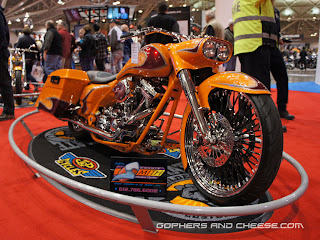 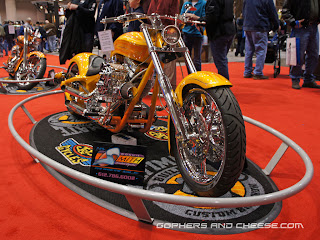 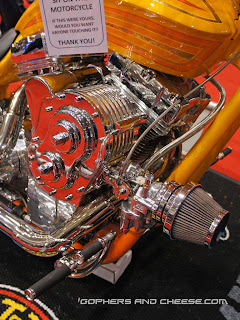 There were a lot of custom bikes at the show thanks to the J&P Cycles Ultimate Builder Competition.  This over-the-top bike is a 1995 Harley-Davidson softtail deluxe.  It had lots of detail including the beautifully tooled alligator seat and acid etched chrome pipes & air cleaner. 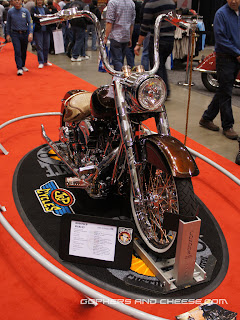 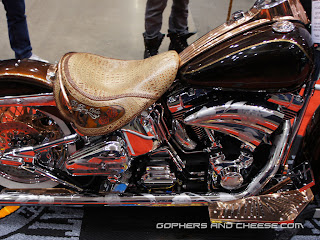 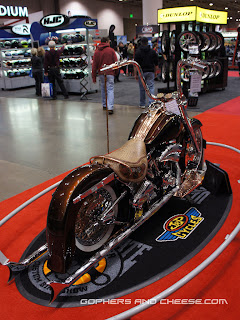 This heavily modified 2008 Yamaha Roadliner caught my attention with its other-worldly look.  I would classify this bike as alien-sport-bagger. 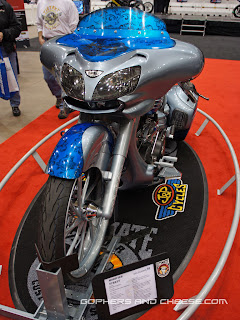 Another example of a heavily modified Japanese custom was this 2012 Yamaha YZF-R1.  The bike is covered in brass, it has four working velocity stacks jutting out of the tank, and both the front and rear wheel had single-sided swingarms. 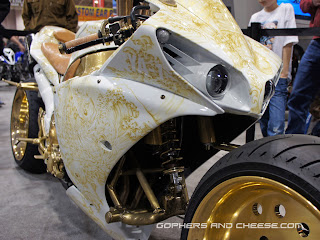 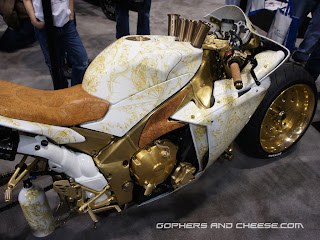 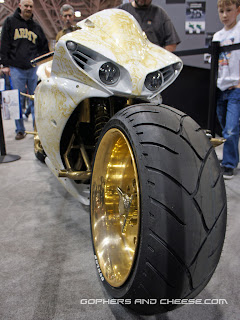 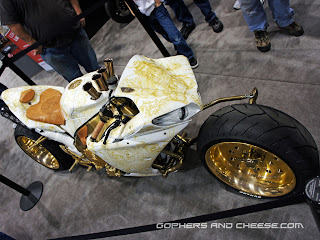 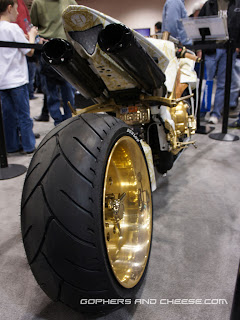 Come back tomorrow for more photos from the show!