The 2013 Progressive International Motorcycle Show was held at the Minneapolis Convention Center January 11-13, 2013.  I spent nearly 6 hours there on Saturday January 12th.  It was my seventh consecutive year attending the show and it was as big and as busy as ever.  I took a ton of photos.

In spite of this being a show that features the latest models from the top manufacturers, my favorite bikes were a 1966 Triumph Bonneville customized by O.C.C. (yes, that OCC and I'm actually serious), a 1958 panhead, and a 1935 Indian Chief.  More on those later. 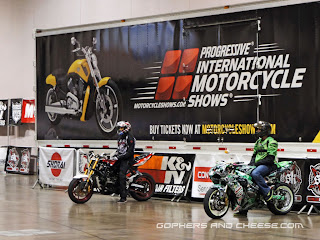 One of the first things I checked out in the morning was the stunt show put on by the XDL Championship Series.  I'm not a big sportbike guy, but stunting is cool and these guys were good.  Allegedly, they covered the surface in root beer and let it dry overnight to get some traction.  I believe the riders were Kyle Sliger (green) and Aaron Twite (red) but feel free to correct me if I'm wrong.  I think Aaron Colton was there too but I don't think he's one of the guys in the pics I took. 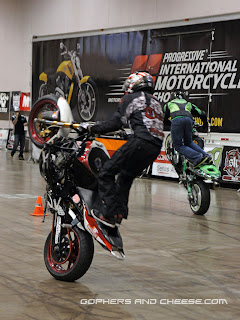 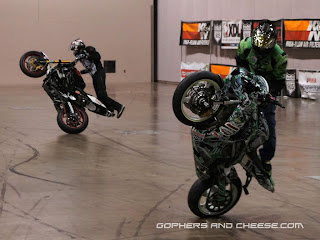 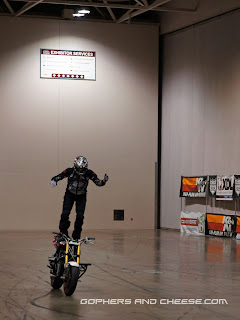 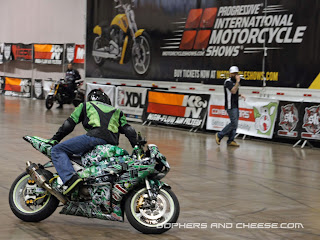 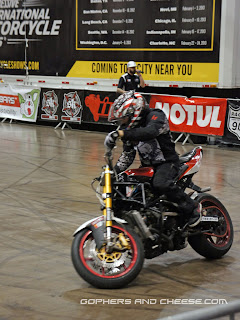 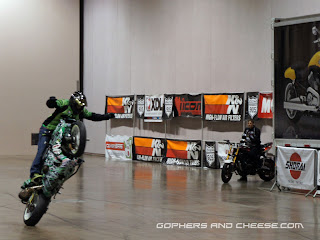 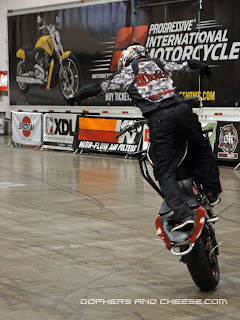 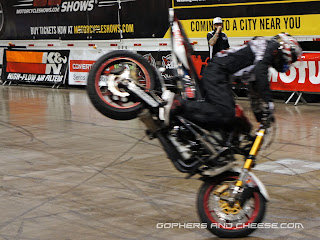 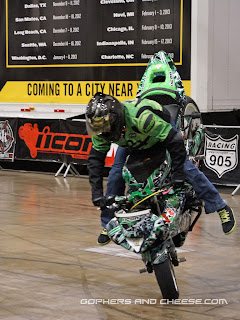 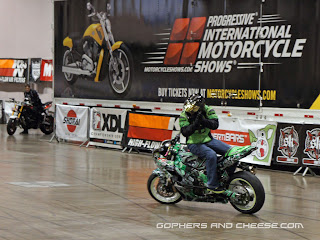 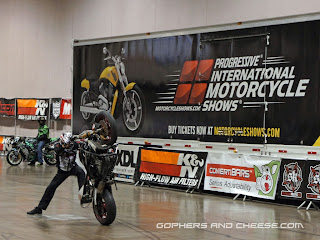 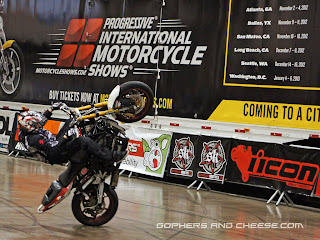 There was only one minor wipeout but the rider and bike were fine. 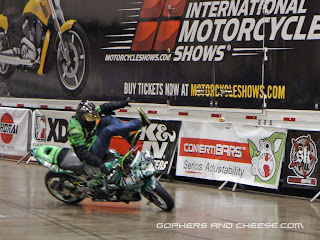 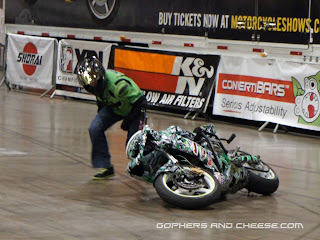 I'll be posting a ton of pictures from the show all week long so come on back.