I saved some of the best and worst for last from First Thursday at Dulono's Pizza.

While I have seen it before, I love this heavily-modified Kawasaki's unique and aggressive look: 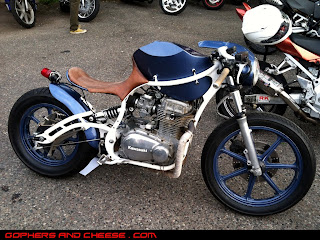 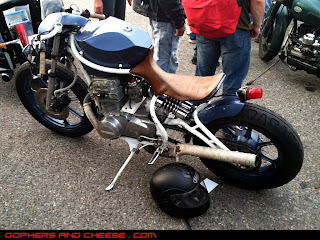 My favorite bike of the day, which I was lucky enough to see a few days later at the Chopper Art Show, was this shovelhead. 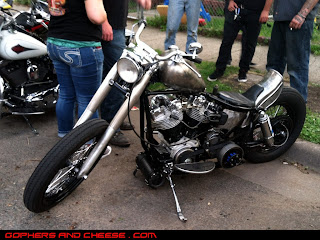 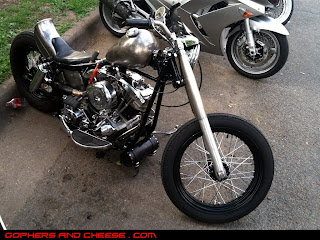 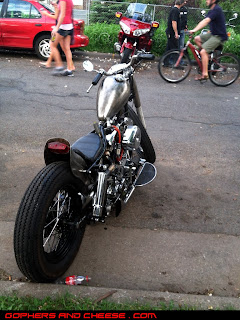 Last up are two theme bikes that I personally think are over-the-top ridiculous.  If you have seen the Freddy Krueger bike (see this post), they're just like that one.  First up is the Minnesota Vikings bike.  Yes, that's Donovan McNabb on the tank 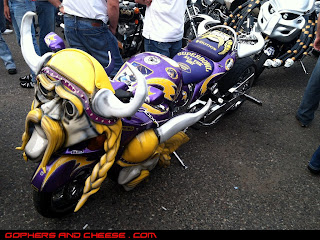 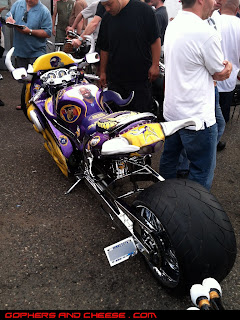 Next up is the Predator bike.  The mask was pretty well done.  However, for me, the rest of the bike was a let-down.  I think it would have looked better if it was made to look like armor, not a bunch of symbols and pictures of Predator. 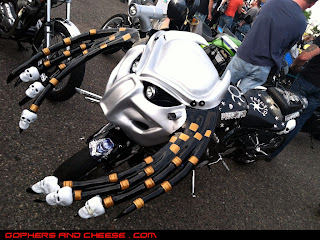 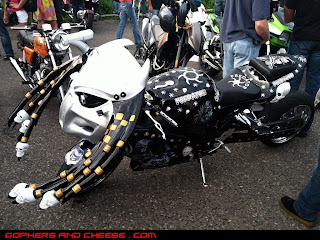 The fact these bikes were parked next to each other almost made my head explode. 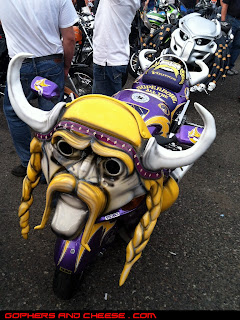 Be sure to check out First Thursday every month.  You never know what people will ride in on!