After chopping the fender on Sunday, I wanted to get the swingarm drilled so I could attach my bracket.  I put the fender back on the bike and here you can see where the bracket connects the fender to the swingarm. 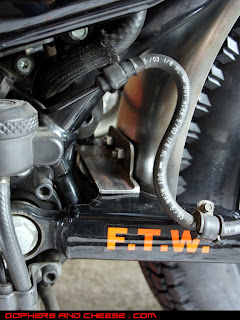 I used some cheap pinstriping masking tape to mark where the bracket should go. 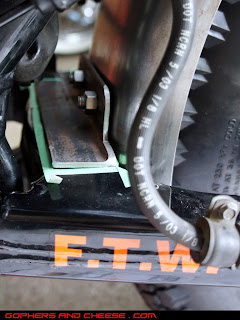 Then I removed the tire.  I'm getting quite good at removing/reinstalling the rear tire. 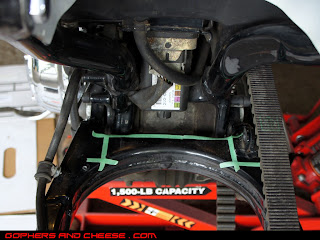 I had to remove the front exhaust pipe and loosen the interconnect bracket in order to drop the swingarm as low as possible without removing it. 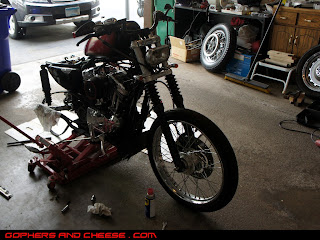 I drilled pilot holes in the bracket and then clamped it to the swingarm inside the masking tape lines and began to drill. 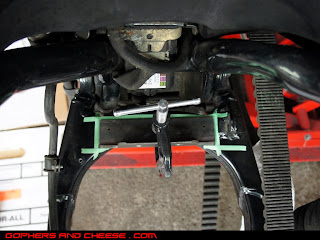 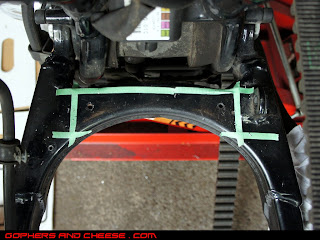 I ended up only drilling 5/16" holes instead of  the 3/8" holes I planned. I didn't want to risk compromising the swingarm even though it probably would've been fine.  5/16" bolts should be more than adequate.  Here you can see I drilled all the way through the swingarm (it's hollow if you didn't know) so I will be able to secure the bolts with washers and nuts from under the swingarm. 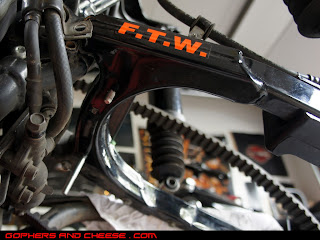 Here is the (mostly) finished product of the fender mount.I still have to trim the edge of the fender so it's flush with the bottom of the swingarm.  Other than that, fabrication for that part is done. 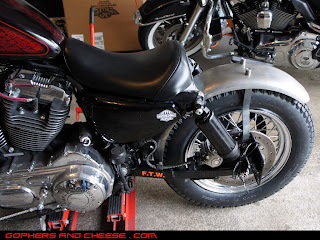 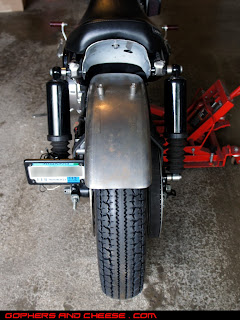 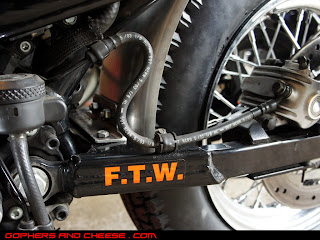 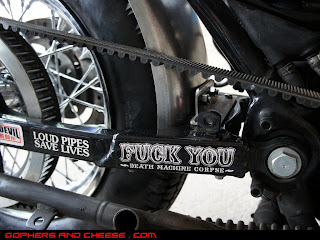 It's really coming together and I'm happy with the results so far. 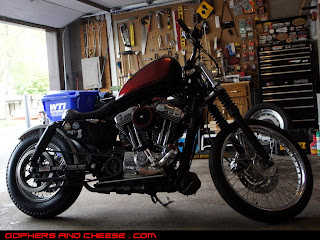 My next big task is to finish making the struts that I will mount my rear taillights on.  Then I just have to figure out the seat mounting and start painting.  After that is exhaust re-wrap, fuel line swap, gas tank touch-up, and I might hide a mini-horn under the tank.  It sounds like a lot but I feel like I'm finally starting to see the finish line in the distance.  It's nice that I still have the Road King to ride, but I miss the Sporty.