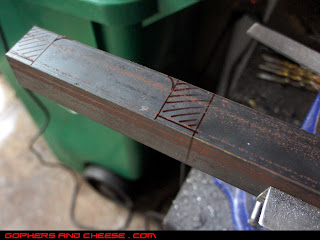 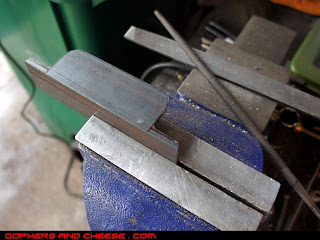 Here is where it will go, connecting the fender to the swingarm.I will probably use rubber washers or grommets between the bracket and fender in the final assembly. 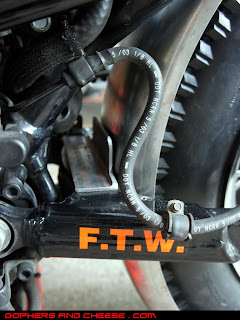 On Sunday, I drew two lines on the fender, one where it extended below the swingarm and one where the top of the bracket will touch.  Then I pulled the fender off the bike and and took my cutting wheel to it. 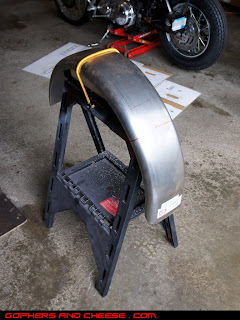 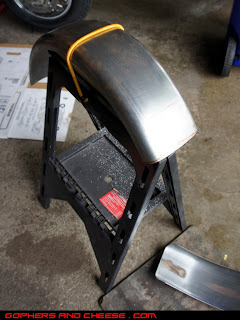 Then I drilled 3/8" holes through the bracket and fender. 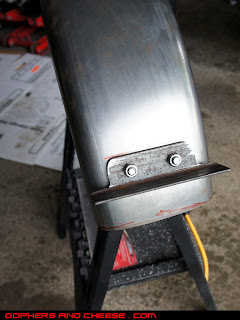 I still need to even off the bottom of the fender but I should be able to get to that later this week.