Two Up on Tuesday

My wife and I took last Tuesday off and the weather was absolutely beautiful so we took the Road King for a ride.  It was sunny and while the temperature was only about 40 when we left, it was nearly 70 by the afternoon - amazing riding weather for Minnesota in mid-March.

We started at (of course) Bob's Java Hut.  It was the fourth day in a row I had ridden to Bob's for coffee, which was a personal record. 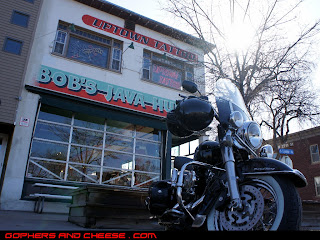 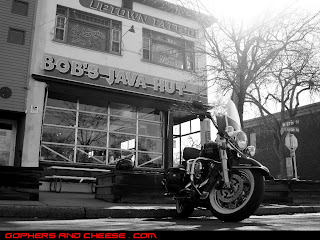 We headed east on I-94 and dropped south on the St Croix Trail, crossing over to Wisconsin at Prescott and we continued on to Red Wing where we had lunch at Liberty's Restaurant & Lounge. 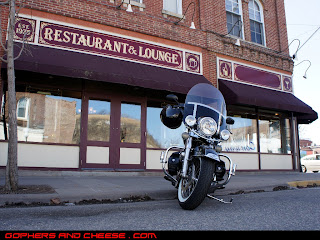 They had two Harleys hanging from the ceiling, a 1973 Harley Davidson X-90 (also known as the Harley Shortster) and a 1948 Harley-Davidson Model 48S. 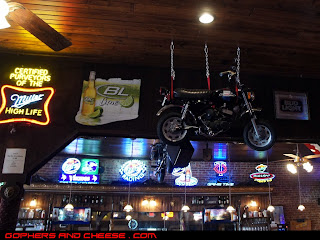 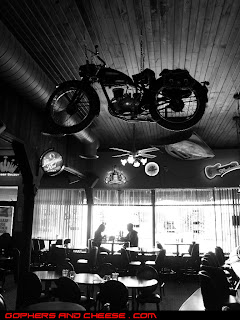 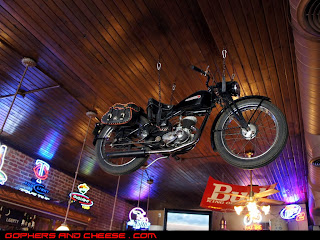 From Red Wing, we headed to Welch to do the run between Welch and Vasa (highly recommended if you have never been).  Even though they are now closed for the season, there was still snow on the slopes at Welch Village. 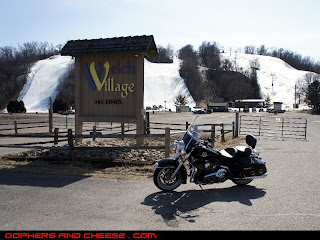 My wife was nice enough to hop off the bike briefly and take some action shots of me. Even though it was much warmer, I was still bundled up.  There was quite a bit of loose gravel on that road but thankfully it didn't cause any problems. 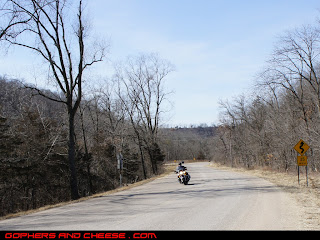 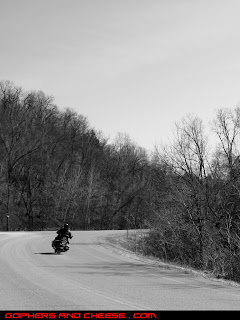 After that, we headed north, stopped briefly at the Nauti Hawg, and then made our way up to Hudson, crossed back into Minnesota, and headed home.  Ever since our daughter was born, getting to ride together is a rare treat so we definitely made the most of it.