I have been running a pair of Harley touring bike (Road King, I think) air shocks on my Sportster since January 2009.  They are awesome - great combination of price, performance, and looks.  The shocks themselves look good but they have always resulted in my chopped rear fender being quite high above my rear tire.  They are 13.0" eye-to-eye. 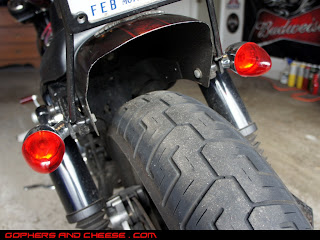 I finally decided to try shorter shocks.  I bought a set of black 11.0" Progressive Suspension 412 shocks (part 412-4062B).  I bought them from Phat Performance Parts. 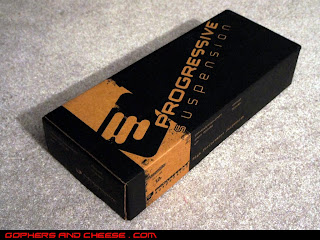 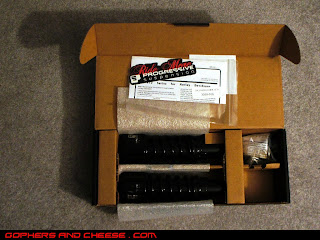 I strongly considered going even shorter to Lick's 10" shocks but I wanted a little more suspension than that.  I also thought about welding a fender to the swingarm but that would have been complicated and required even more mods.  Maybe one day I'll finally pull the trigger and hardtail the bike and go to a spring seat but not this year. 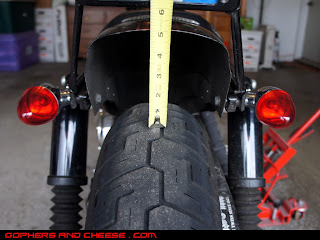 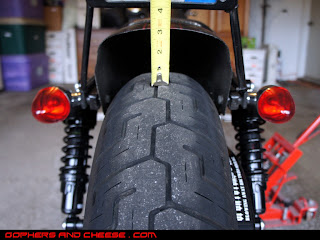 It makes a significant difference visually and I am finally happy with how the rear end of the bike looks now. 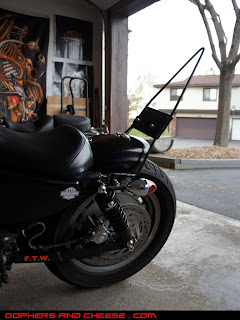 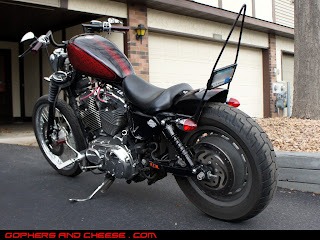 With 2" less travel, I'll really need to play with the preload settings to make sure they're comfortable enough and not bottoming out too much.  I took a quick ride around the block on the middle preload setting and it wasn't bad, but I'm hoping I can get it dialed in just a little better.  I'll reserve final judgement until I can get a few 100-200 mile rides in on them.