The 25th Annual Donnie Smith Bike Show & Parts Extravaganza took place at the St. Paul RiverCentre last weekend.  I went on Saturday.  It was my fifth straight year attending the show and, as usual, it did not disappoint.  I took a ton of photos and I'll post a lot of them over the next few days so check back.

Here is a view of the main floor and it was packed.  An article on Cyril Huze's blog said attendance was about 30,000! 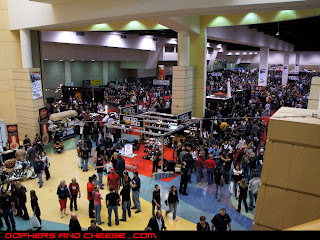 Here are two shots of the swap meet area: 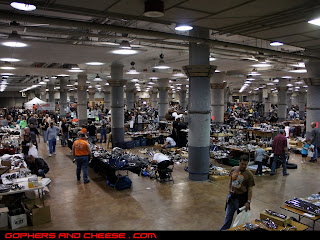 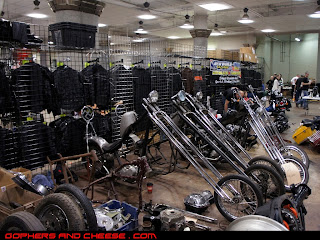 With that out of the way, let's get to the bikes... 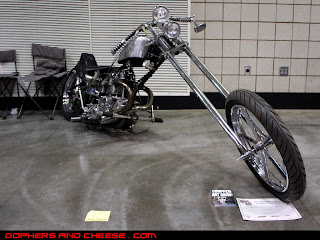 Nice paint on this 2007 Harley Road Glide.  I rented a Road Glide in Las Vegas and liked it but riding around in 100 degree weather was exhausting.  If I would ever actually own a motorcycle with a stereo, it would probably be a Road Glide. 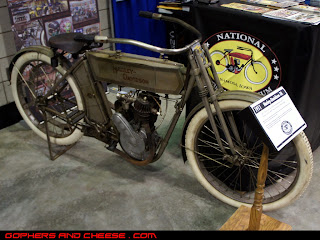 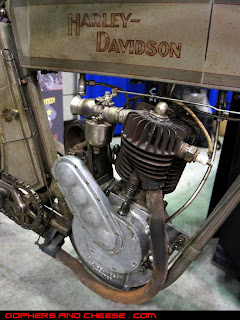 If 1911 is too old-school for you, here's a trio of slightly (and I mean slightly) more modern Harleys. 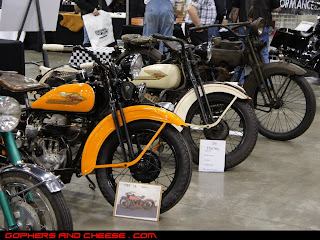 I really like the paint on this 1973 Harley Davidson X-90 (aka Harley Shortster).  I also like the sign because at the very bottom it says, "Top speed: maybe 55 mph." 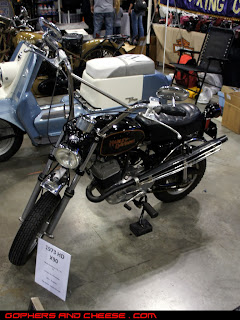 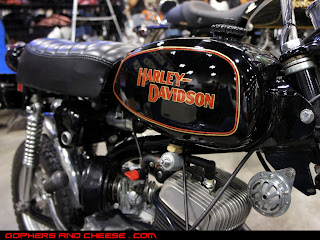 1972 shovelhead - yea!  Corporate theme bike - boo!   It's actually a cool bike and the theme is thankfully not overdone. 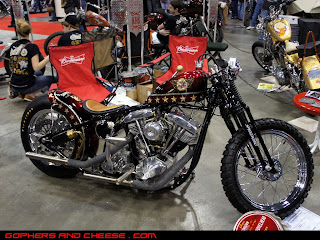 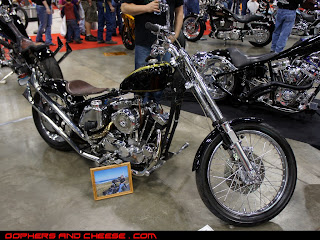 So to recap, that was a garage-built chopper, blinged-out bagger, a boardtracker, three old Harleys, a mini-bike, a theme bike, and an ironhead.  Obviously the bikes at the show were very diverse.  Check back for lots more!