I recently bought a choke relocation kit.  See this post for details.  On Saturday I got around to actually installing it. 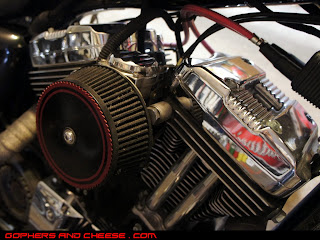 I removed the air filter.  It was in desperate need of a cleaning anyway so I took care of that. 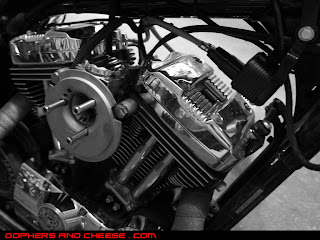 For the first time ever, I removed the air cleaner backing plate (I had a local indy install my Arlen Ness Big Sucker air cleaner and re-jet the carb years ago - the only mods on my Sporty that I didn't do myself). On the left side of the bike, I removed my chrome choke knob cover. 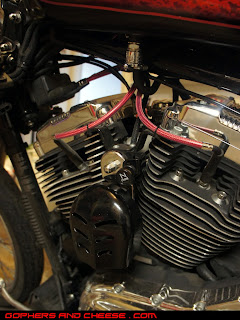 I also removed the bracket that held the horn and choke cable. 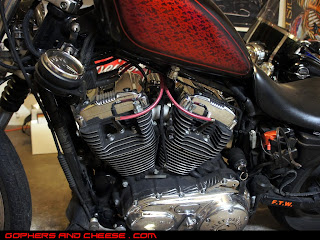 Back on the right side of the bike, I pulled the carb from the manifold and unscrewed the choke cable.  I should note that I ran the bike with the petcock off so I used up the gas in the carb before doing this. 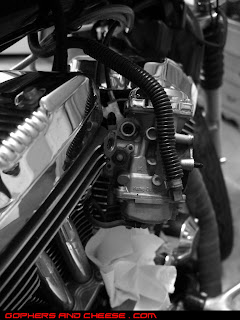 Here is the old cable (top) and new cable (bottom).  I thought the new one was shorter but was surprised to learn they were the same size. 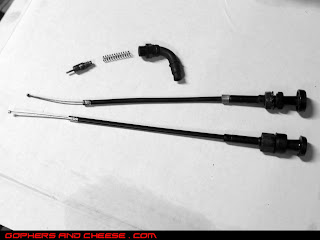 Here is the new one fully assembled with the choke relocation bracket.  It was really easy to do by the way. 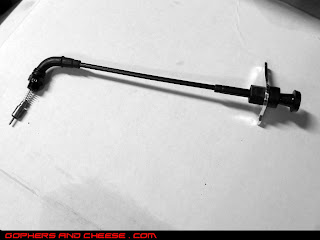 Here it is on the carb.  Shortly after taking this photo, I decided to route the choke cable behind the fuel line instead of in front of it, as shown. 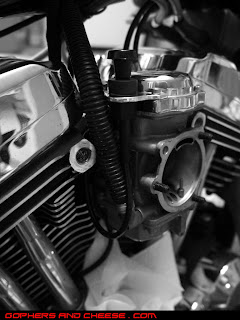 I pushed the carb back into the manifold and re-installed the backing plate. 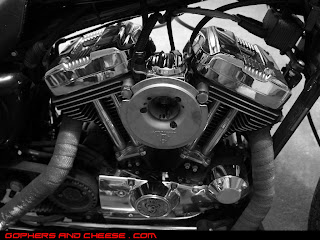 Here's a close up.  The cable is much more firm than before.  It's almost difficult to pull.  It won't be auto-retracting. 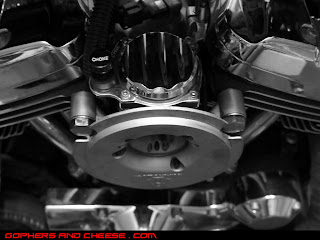 I actually really like the look of the left side without the horn and choke.  At this point, I am debating whether to reinstall the horn.  I never use the horn and it's weak anyway.  If I do reinstall it, I'll chop the bracket where the choke used to attach.  If I don't reinstall it, I'll hide the horn wiring under the tank.  I've even toyed with the idea of hiding a smaller horn out of sight just to stay legal.  Decisions, decisions... 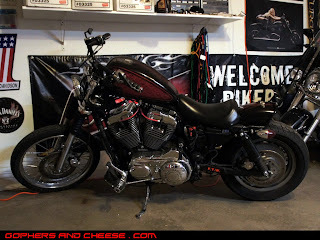