Here are more pics from the 2012 Progressive International Motorcycle Show in Minneapolis, MN.

There was a great selection of stock and highly customized Victory Motorcycles.

We'll start with the brand new Victory Judge.  It has some interesting angles.  At first glance, it reminds me of the V-Rod Muscle.  The one thing that really bothers me is the forward part of the seat.  Maybe it's comfortable, but it looks weird to me. 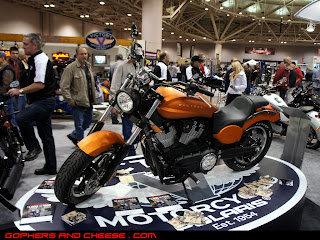 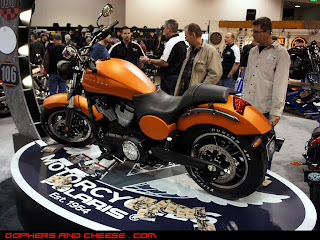 Here's a cafe-racer-inspired bike they had on display.  Looks like fun. 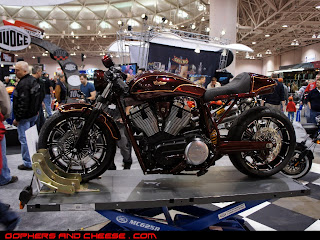 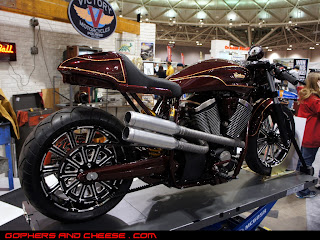 I've seen this bike at Dulono's before, but I love the stacks inside the gas tank.  It's a 2002 Victory named Fuelie. 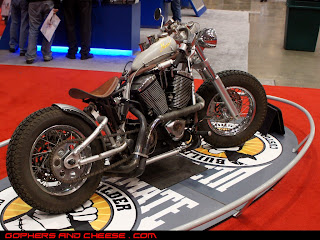 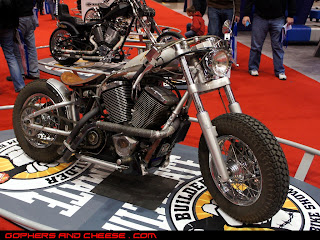 This traditionally styled raked out 2006 Victory chopper has a flame thrower exhaust. 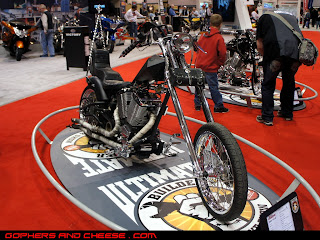 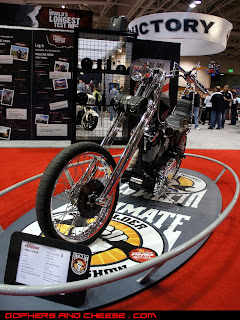 This 2005 Victory named Axe has a girder front-end complete with dual NOS mounts.  The headlight setup is also really interesting. 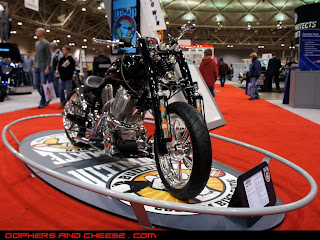 Victory also had a few concept bikes on display.  This one is the Victory Vision 800 Concept.  It's a bit too futuristic for me. 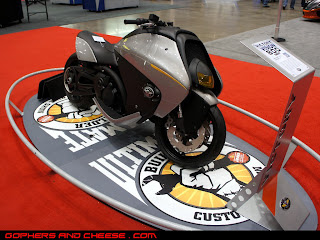 My favorite Victory at the show was the Victory Core Concept.  I love the look of this bike. 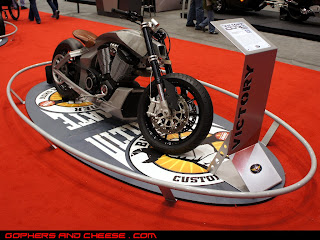 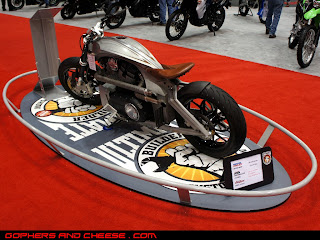 Come back for lots more pics!