Rad's 2nd Annual Extra Sharp Motorcycle Show was this past Saturday, September 24th, at the Bass Lake Cheese Factory in Hudson, WI.  Tom Rad of Rad Paint also puts on the Rumble On The Deck bike show each July in Stillwater. 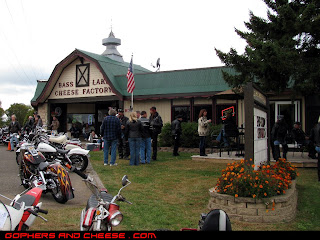 I rode my Sportster and my wife and daughter followed behind in the car.  While at the cheese factory, we enjoyed some of the local fare.  I tried a lot of fancy cheese but my favorite is still pepper jack. 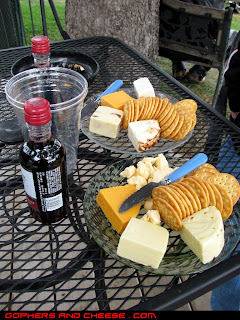 In spite of the cool weather and the fact it's rather late in the riding season (for Minnesota & Wisconsin), there was a really good turnout with a lot of interesting bikes.  There was live music, cheap drinks, and lots of door prizes too.

I saw this hardtailed Triumph at the Rumble On The Deck earlier this year.  The lace panels on the tank are my favorite feature. 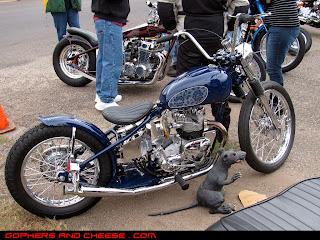 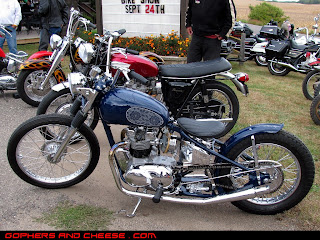 I handed over $10 and entered my Sportster into the show in the "Mild H.D." class.  Others in class were nice, shiny, and clean with lots of chrome bits and pristine paint.  Mine was dirty, covered in dead bugs from the trip to the Gunflint Trail, and sported lots of garage-tech mods and a rattlecan paintjob.  I thought I was either going to do really well or really poorly when the judging occurred later.  I figured that, if nothing else, it was a conversation piece. 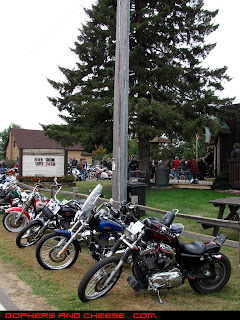 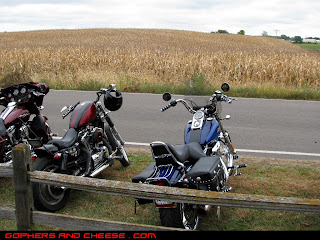 Here are some of the other bikes entered in the show across various classes. 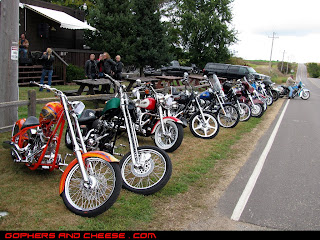 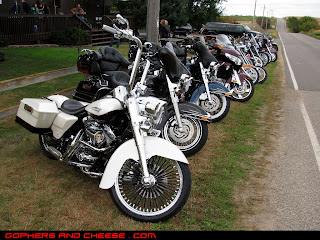 These are some of the bikes that qualified for the "Radical H.D." class: 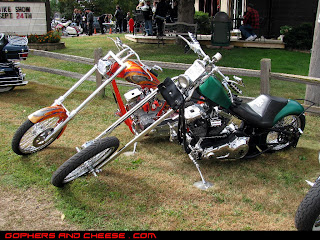 This bike was one of the stand-outs.  I've seen it before at the Donnie Smith Bike Show. 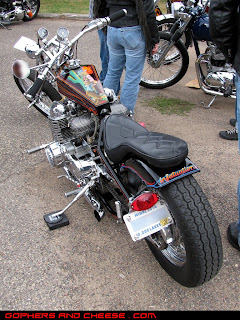 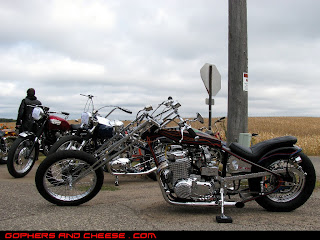 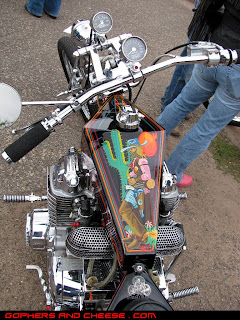 More photos from the show and the results of the judging next in Part 2...