We left Duluth and headed north along Lake Superior.  We took the scenic drive between Duluth and Two Harbors.  Just north of Two Harbors, we had to stop at Betty's Pies. 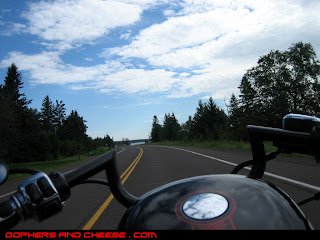 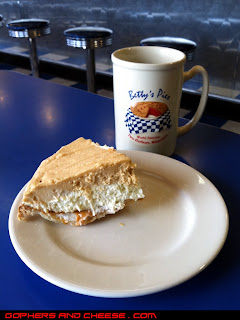 We passed through a couple of tunnels. 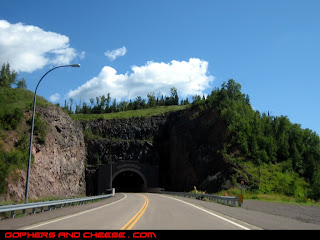 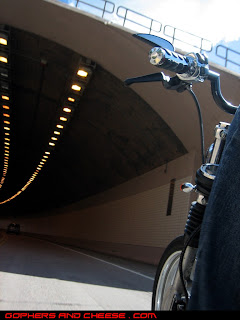 We stopped at Gooseberry Falls State Park.  The falls are unusual in that the water isn't very deep and doesn't flow very fast most of the time so people can walk in and around the falls rather easily. 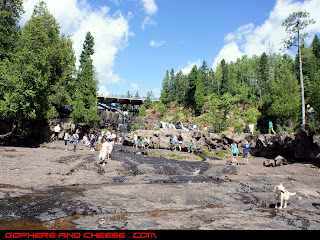 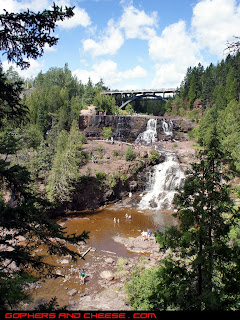 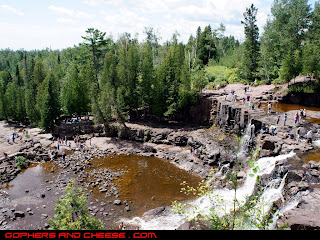 Just north of there, we stopped at Temperence River State Park.  While I had seen Gooseberry a few times, this was my first time checking out Temperence River.  The area where the river empties out into Lake Superior was beautiful... 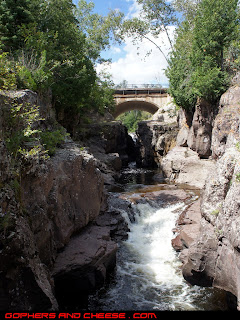 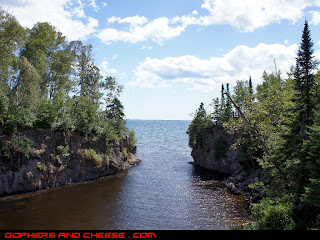 ... but what even more impressive to me was the gorge found on the other side of the highway.  A very short hike will revel a deep and narrow cut the river has carved with small waterfalls and rushing water throughout.  It was really cool. 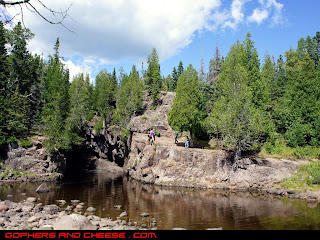 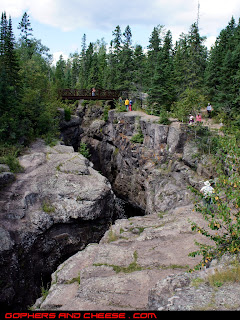