The 46th annual Fall Flood Run was yesterday along the border of Minnesota and Wisconsin.  This was the 7th Flood Run I have attended.  The Spring 2011 run was freezing cold (there was snow!) and had a terrible turnout but I attended anyway.  Yesterday started out a little chilly around 50 with thick clouds but warmed into the 60s and when the sun finally came out, it felt quite warm.  The turnout was really good.

As a special bonus, my wife and I got a babysitter for a good chunk of the day so we were able to do the run together, which is a rare treat these days.  We got a bit of a late start and it was cold in the morning so we skipped the official start at the Beach Club to get a big breakfast and warm up in downtown St. Paul at the Downtowner Woodfire Grill.  I really love that place for breakfast.  My favorite thing on the menu is Moe's Cajun Breakfast.  Try it.

After that, we took the St Croix Scenic Byway from I-94 down to Afton and headed into Prescott, WI.  Prescott was packed! 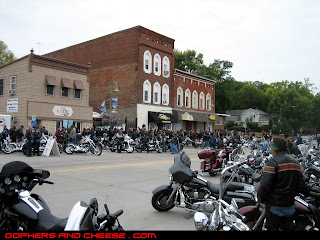 My wife and I bought our wristbands outside the No Name Saloon. 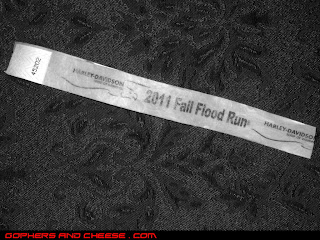 While most people were riding big baggers (including my wife and I, since we were on the Road King), there were a few people braving the cold on much more respectable rides.  Kevin Baas was somewhere in Prescott since a few of his bikes were outside the No Name Saloon. 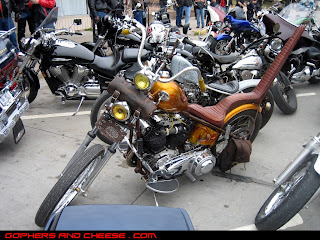 While hanging out in Prescott, I saw so many dumbasses rev their engines, attempt burnouts, and act like general idiots.  These are the guys who will eventually succeed in having more and more laws passed against motorcyclists.  I never want to see aftermarket or homemade pipes outlawed but it's going to happen if morons can't take it easy in residential neighborhoods.  If you're offended or you think revving the crap of out of your engine for no reason is cool, then you're the problem.

Anyway [getting off my soapbox], we left Prescott and headed to the Nauti Hawg in Diamond Bluff, which was very busy. 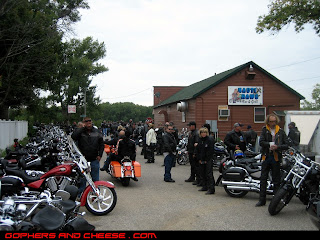 I saw this bike for the first of 3 times at the Nauti Hawg.  It's a West Coast Choppers bike and looked awesome. 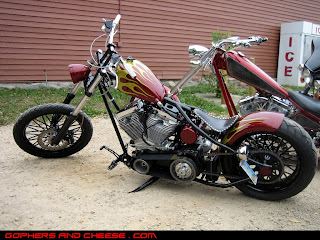 Here is the same bike later in the day in Prescott: 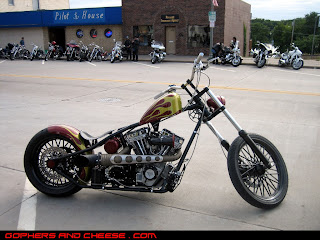 Unfortunately, the third time I saw the bike, it was pulled over to the side of the road by a cop.  Apparently having fun on a badass bike is against the law.

Here's a bike I first saw the Rumble On The Deck bike show earlier this year.  This time, I got to see the bike in motion.  It's over-the-top for my taste but definitely drew attention. 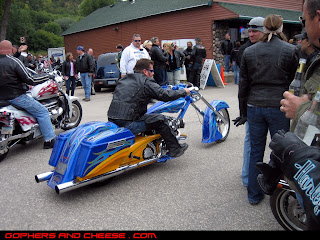 We continued south to Maiden Rock.  It was packed too. 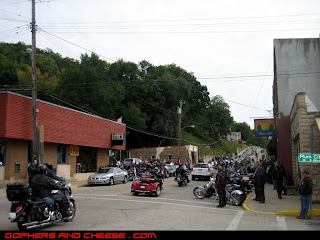 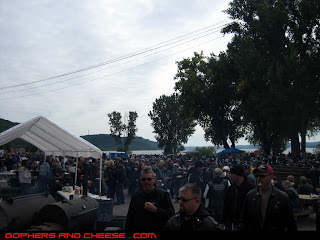 While it may have been packed, there was one big disappointment in Maiden Rock.  The Smiling Pelican Bakeshop was temporarily closed.  That place has awesome pie.  My wife and I were bummed.

Come on back for lots more pics in Part 2...