Maiden Rock was like a needle-in-the-haystack bike show.  You had to look hard but there were cool bikes if you spent a little time searching.  One of the nicest examples was this panhead. 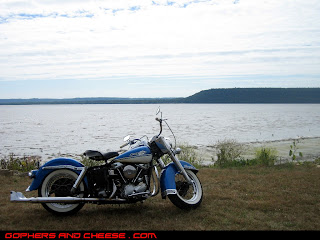 Here is a pair of bikes that I would classify as "interesting".  The first is sport bike that was covered in paint - even the motor.  The second is a Road Glide with a giant front wheel.  It looks like something Battistinis would make.  I generally don't like the giant front wheel look but this one really wasn't bad. 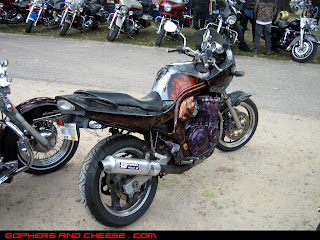 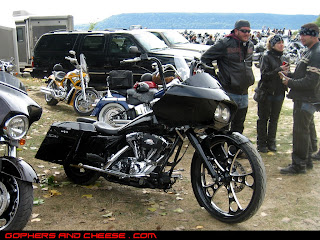 Here's a CB750 I have seen multiple times before including last weekend at the SCVR Chili Feed. 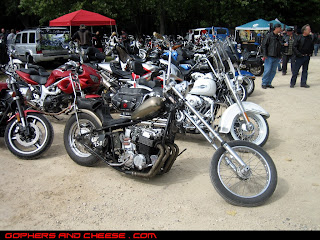 OK, now for some Sportsters... (finally!)

I have seen it before and there are things I definitely like about this Sporty (notably the paint) but it just doesn't flow for me.  I think the window handlebars are the thing I like least. 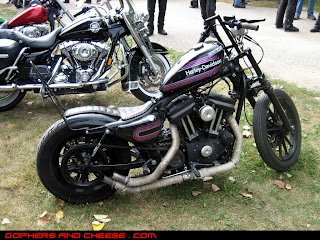 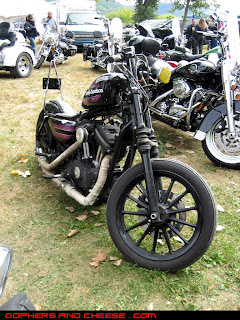 On the other hand, I really liked this chopped 883R and it has window handlebars too.  For some reason, they seem to work better on this bike, in my opinion. 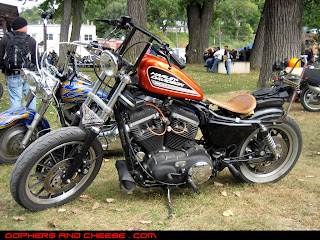 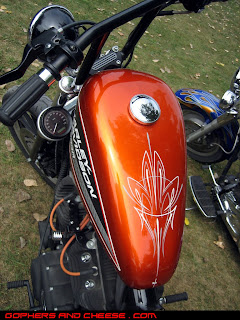 This Sporty has one of the most interesting gas caps I have ever seen. 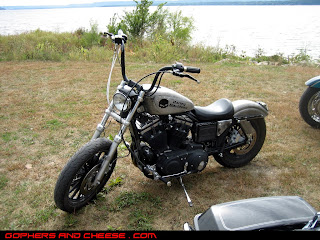 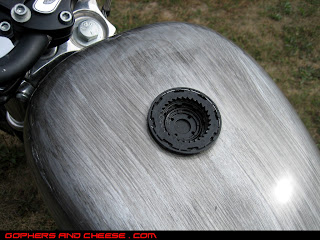 It was nice to see a classic ironhead there too. 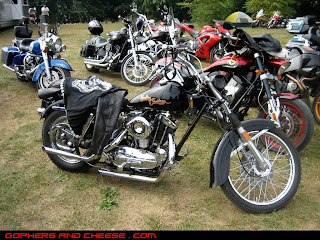 Maiden Rock is always a good stop on the Flood Run.  There is plenty to eat and drink, tons of bikes, and lots of vendors.  Just watch out for the train. 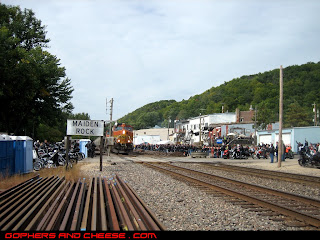 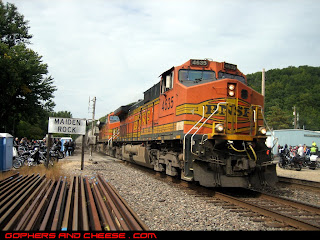 We only went as far as Maiden Rock, which is only a small portion of the whole run.  We headed north and rode County Road O all the way to the Gas Lite and back.  Then we went back south and stopped at the Border Lounge in Hager City for a little bit.  You can see how the clouds finally gave way to some blue sky. 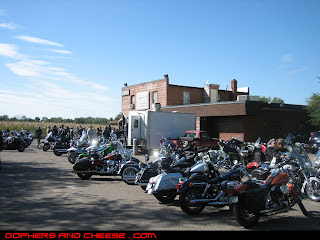 We also stopped in Minneapolis at Psycho Suzi's before heading home.  Overall, it was a nice day on the bike, albeit a little on the chilly side.  We would have rode farther and stayed out longer but we're semi-responsible parents now so we're only allowed to have fun in very small doses.

Hope you had a chance to do the run this past weekend.  If not, there's always Spring 2012.  See you there!