First Thursday at Dulono's Pizza in uptown fell on the very first day of the month in September.

It was definitely busy but it did not seem quite as busy as recent months. 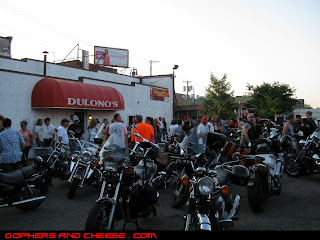 I think I saw this bike at the Bearded Lady.  It's a hardtailed Yamaha with a Sportster tank. 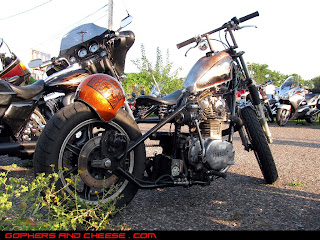 This bike is beefy.  Check out the wall thickness on the pipes. 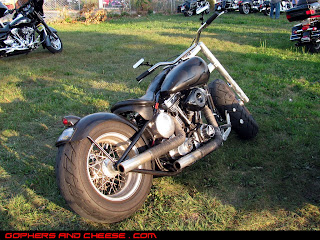 One thing that really caught my eye was this T-Rex.  I had never seen one in person.  At nearly 200hp, this thing looks like a ton of fun. 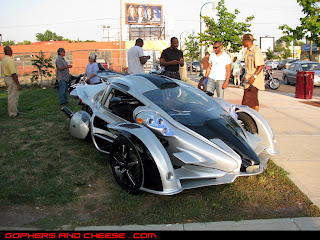 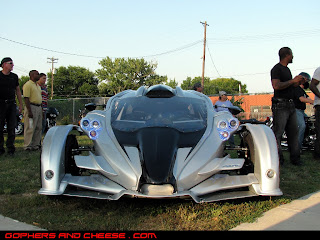 This chopped Buell was cool.  Take a close look at the end of the muffler.  That spark plug should turn this bike into a rolling flamethrower. 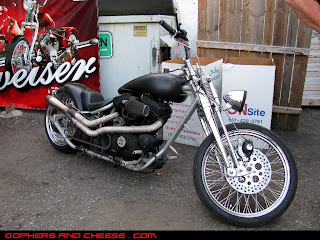 I have seen Harley X-90s before (aka the Harley Shortster)... 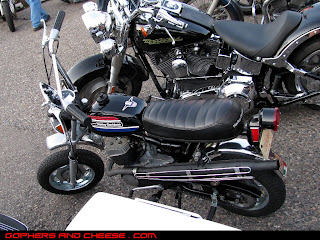 ... but was really cool was to see it actually ridden, particularly two-up! 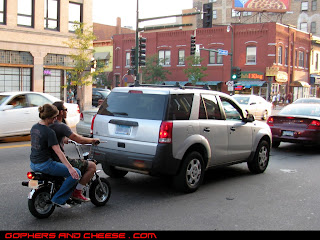