I woke up Saturday well rested and headed into Red Wing for breakfast.  Then I headed west to Welch and Vasa.  I did the round trip between Welch and Vasa three times in a row.  I love that road - so twisty and fun.

Here's the Sportster in front of the church in Vasa: 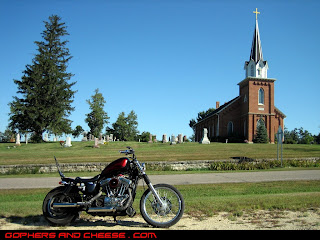 Some pics on a wooden bridge just off the road between Welch and Vasa: 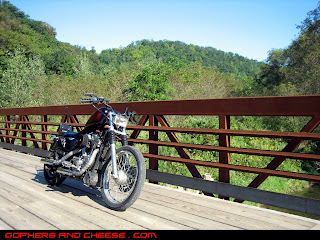 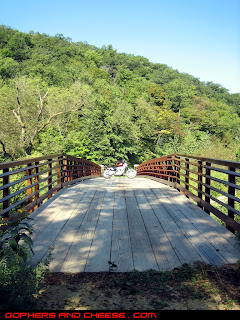 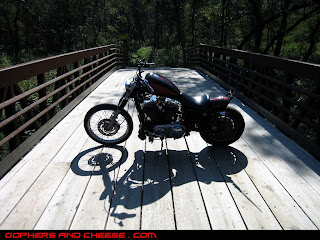 In case you're wondering, the unlimited beer and chili didn't start until noon so I did all this in the morning.  I got back to the campground around noon.  Here's the beer truck.  You could walk up to the side, pull one the taps, and fill up as often as you liked all day. 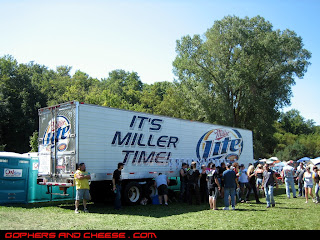 All you can eat/drink chili and beer.  Mmmmmmm. 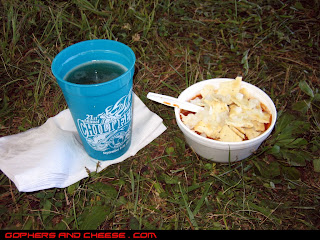 This photo doesn't do the size of the event justice but here's one small section of the camping area. 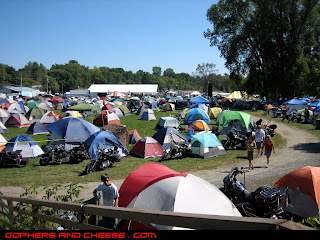 I ran into Rich from the Quad Cam Bastards forum.  I met Rich earlier this year in Iowa at the DicE party.  Here's his ironhead. 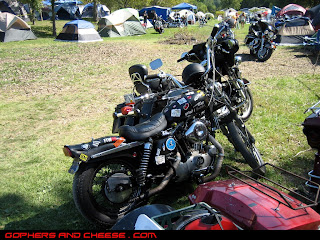 Almost on the opposite end of the custom spectrum is this bike with nice paint and skulls everywhere. 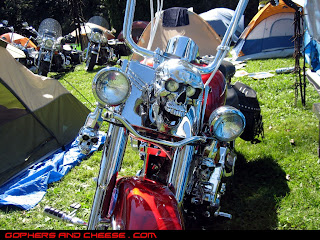 Here's a happy medium between those two bikes - a clean custom ironhead: 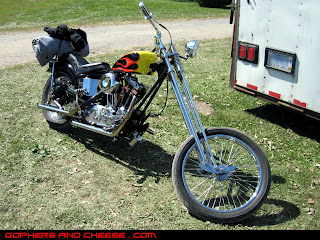 A really interesting bike that caught my eye was this one.  The sidecar is wild. 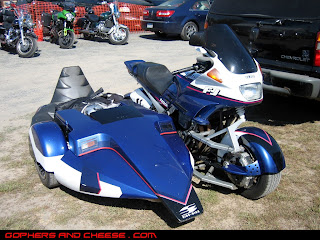 They had a small bike show that I entered for the hell of it but I don't know if I won because I missed the announcement later that night.  I doubt I would have won because that skull bike above was in the same category and it seemed more like the sort of bike that would appeal to the crowd.  I really didn't care but if there's an unclaimed trophy with my name on it - I want it. 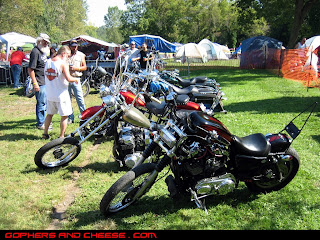 I mentioned in the previous post that some people bring way to much crap to this event.  This is the most extreme case but, honestly, it was awesome.  Check out this setup.  It had a complete bar in it and they were open to anyone stopping by.  The hospitality was outstanding. 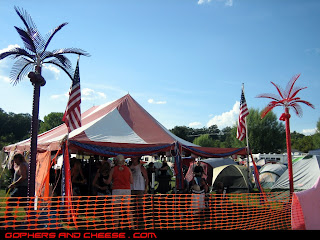 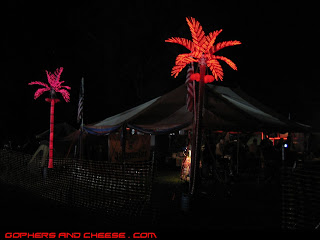 As night settled in, the bands took the stage and the bonfire was lit. 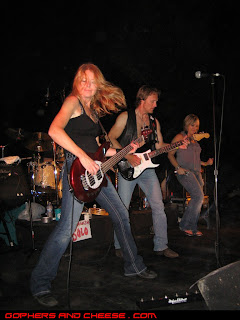 The wet t-shirt contest was fun to watch (shocking, I know). 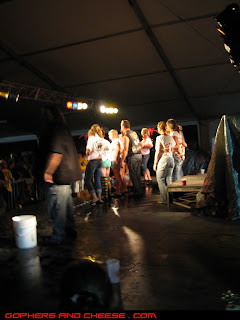 If you're wondering where all the photos of topless ladies are, I took a ton but it's not that sort of blog.  I will say that if you enjoy such things and attend next year, the mechanical bull and wet t-shirt contest are not to be missed.

Here is the bike all packed up on Sunday morning. 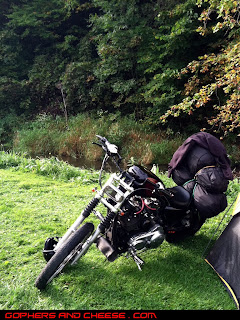 If you have any doubts about attending next year, you've got to be kidding me.  Go!!!

It was good finally meeting you. We would of met earlier but you were passed out...I mean "sleeping" wiht a beer in your hand outside your tent as I walked by to go to my tent, in the afternoon :)

Good to see you riding Hwy 7, one of Minnesota's best motorcycle roads!

Curious about that bridge, is it on the right as your coming from Vasa to Welch? I've seen one from the road and curious if this is the one?

Jeff, I have no idea what you are talking about. I never touched a drop of free alcohol all weekend. I only filled my Chili Feed cup with a non-alcoholic soda that looked like an awful lot like beer for a nice photo next to the bowl of chili for my blog. :)

The road between Welch and Vasa is a blast and I have ridden it quite a few times before. I believe that if you don't post a speed limit on a road, it must not have one.

If you have other suggestions for roads like that, let me know. County Road O is the only one I know that's close. That road is similar where it has a "speed advisory", which I do not interpret as a "speed limit". However, the deer I have seen on that road (including three last weekend) are enough reason for me to keep it reasonable.

If you are going from Vasa to Welch, that bridge is on the right and is the only bridge I am aware of off the road. You go down a little slope, over some gravel, and onto the bridge. It's a little tricky. I took a bunch of photos on it. On the other side of the bridge is a trail heading into the woods. I don't know what vehicles are intended to go there but it's not for motorcycles (maybe dirt bikes).