After checking out the bikes at Dulono's last night (pics to come later), I took a ride along the river (on W River Pkwy) and got some nice bridge shots.  I'll post black & whites first, which I really like.  However, the blue lights on the new I-35W bridge are awesome.  I'll post color versions next.

Here's the I-35W bridge before it got dark. 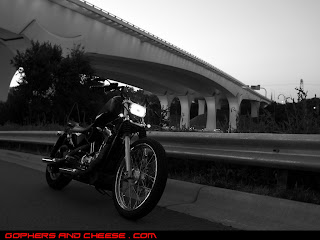 Further down the road (near Minnehaha Park) is Lock and Dam No.1.  These photos are near the dam looking at Ford Parkway, which crosses the river.  The bridge is called the Intercity Bridge. 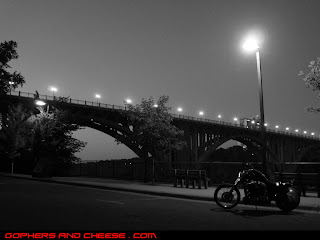 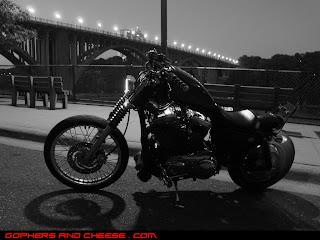 I followed the road back and got some great photos of the bike in front of the I-35W bridge.  It was nice and dark so the lighting on the bridge really stood out. 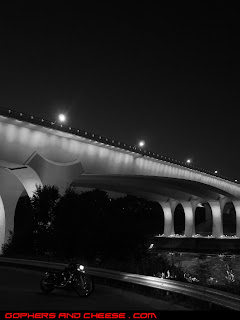 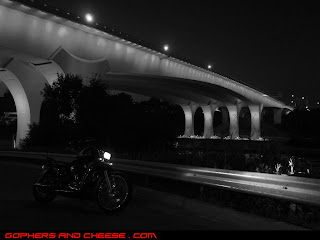 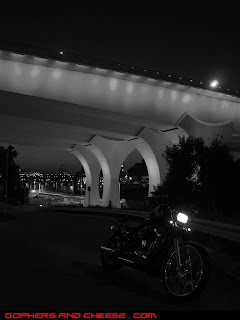 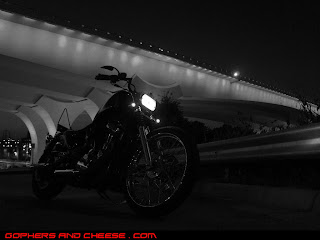 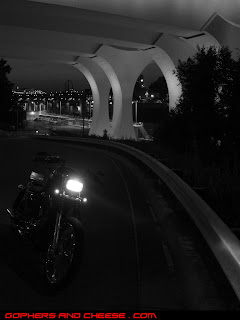 Check back soon for color versions.  Seriously, the blue light on the I-35W bridge is amazing.