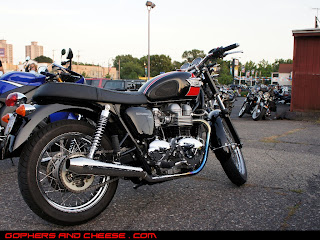 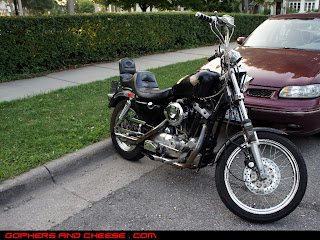 I realize the chopped rear fender on my Sporty looks a little odd at certain angles so I don't want to come off as hypocritical but I'm not digging the chopped rear ends on these two bikes.  Your opinion may vary. 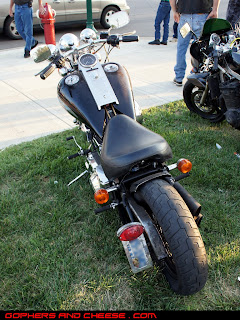 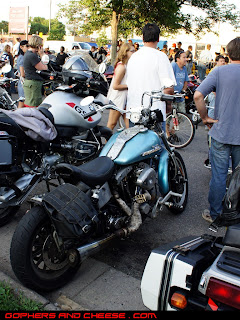 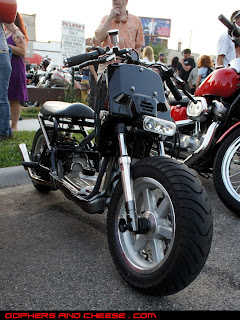 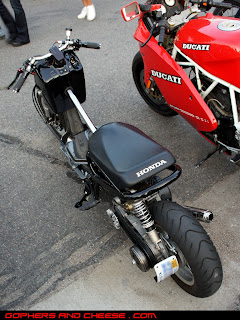 There's always a huge sport bike crowd on First Thursday and this over-the-top extended swingarm bike caught my eye.  It had at least 2 video screens among countless other details.  Crazy. 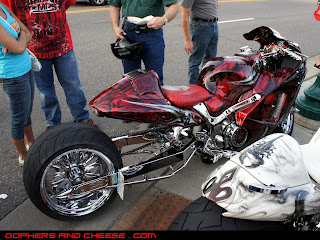 I have never seen a bike like this one.  Based on the gas cap, I assume it's a Puch. 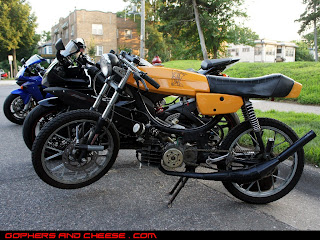 Something I have seen around town (or at least one that looks just like it) is this covered scooter.  I like the rear window sticker.  You know the owner takes some crap for his/her ride.  It's nice to see him/her giving some attitude back. 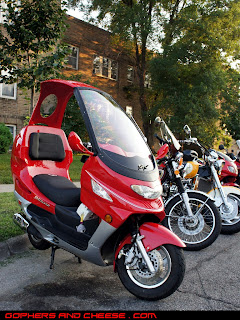 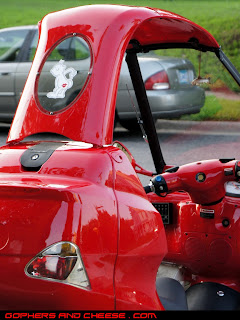 One more round of bike night pics to come in Part 3...