Here's the last set of pics from my trip to the Motorcycle Hall of Fame Museum in Ohio...

If you think this is a root beer Biltwell helmet, guess again. It belonged to a flat track racer in the 1950s. 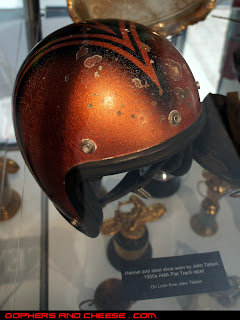 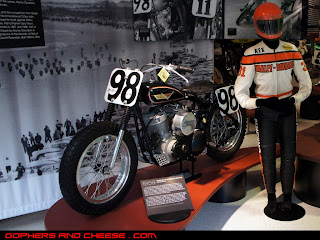 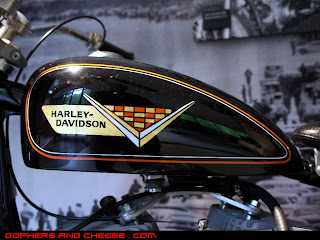 You're allowed to touch and even sit on (or in) this Duo Glide with sidecar. 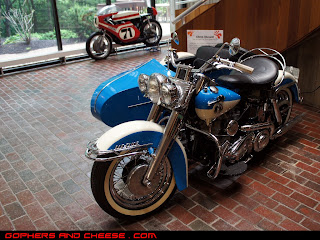 I don't know much about this very strange looking bike other than it's a Velocette. 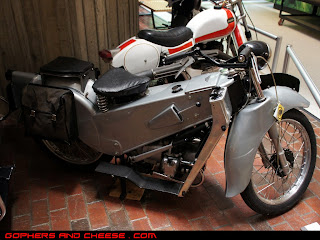 A rare (less than 50 made) Vetter Winged Wheels of America fairing from 1997. 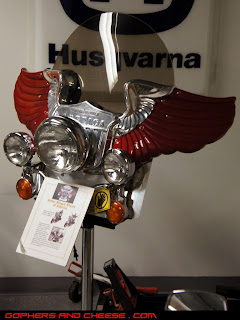 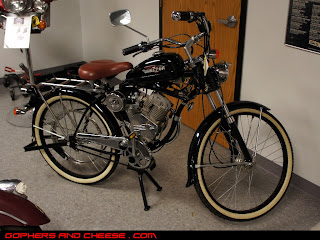 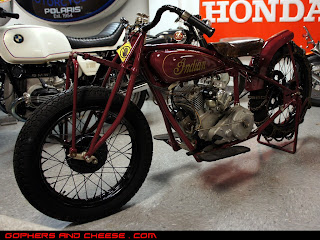 To finish it off, here's a Sportster that's not from the XR family.  Check out this awesome 1968 XLH Chopper. 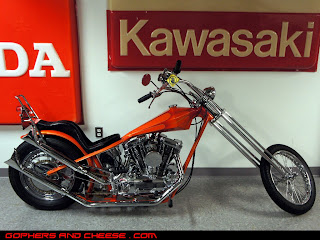 Overall, I had a good time and would recommend checking it out if you're in the area.  It was cool to see a lot of old purpose-built race bikes and I was pleasantly surprised to see a nice representation of Harleys.