It's no secret that I really like Sportsters and here is a great pair of hardtailed ironheads... 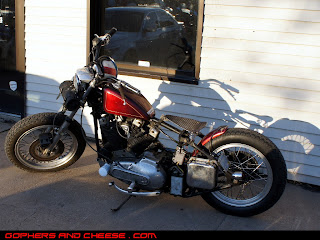 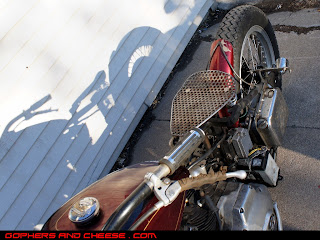 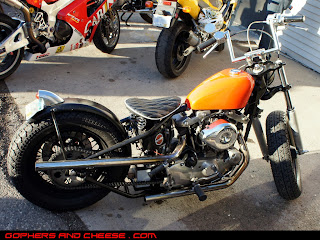 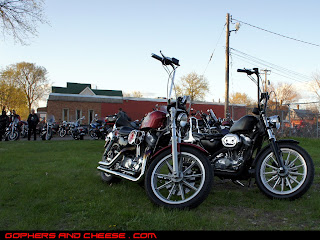 If you can take your eyes off the Softtail, there's a 48 and a Nightster behind it: 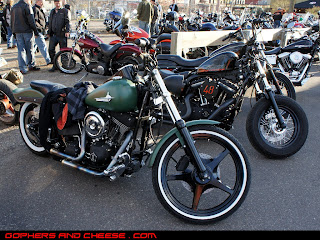 Here's an interesting bike with what appears to be a lot of custom machined parts.  I didn't get a pic of the other side but there was a lot of work around the belt guard too. 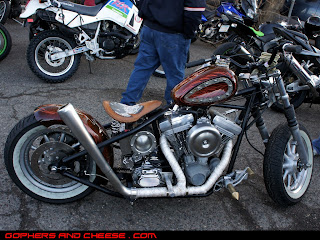 Check out this boardtrack racer style bike.  I really like it.  It's difficult to tell what's old and what's new on it.  It was also difficult to get photos of it as it drew quite a crowd. 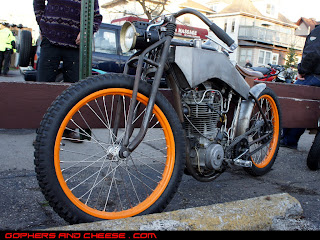 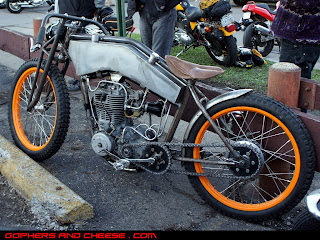 I'll end with a sport bike that really surprised me.  At first the graffiti graphics caught my eye but when I got closer, I realized it wasn't paint.  It's fleece... or something similar.  It might be the world's first machine washable paintjob. 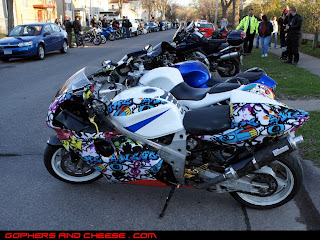 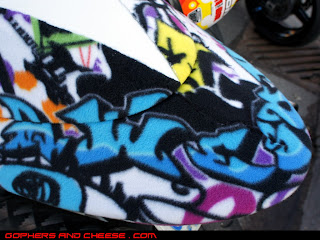 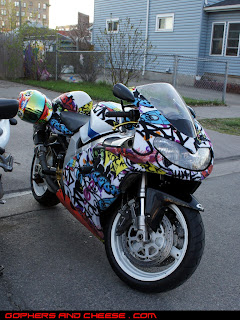 Mark your calendar and don't miss next month!!!