I only went as far south as Maiden Rock, WI.  After turning back north, I stopped and took some pics near the swollen Rush River. 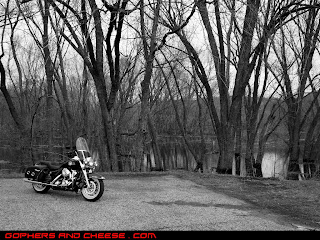 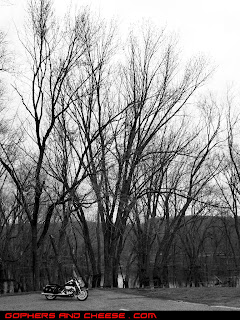 A stop in Hager City is a Flood Run tradition.  There were maybe a dozen bikes there - again, reflective of the small turnout as this place is normally packed during the Flood Run. 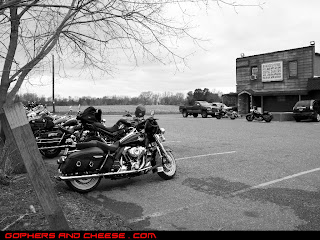 There was a really cool shovelhead parked in front of the Border Lounge. 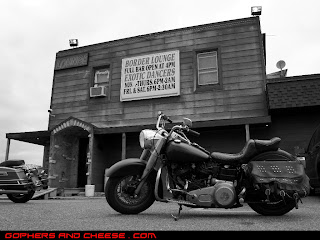 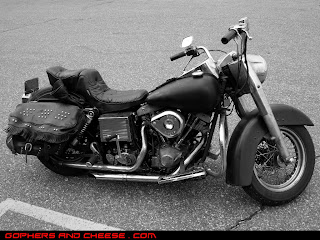 Heading north, I stopped at another favorite, the Nauti Hawg in Diamond Bluff, WI.  Like every other place I saw, the number of bikes out was so small compared to normal. 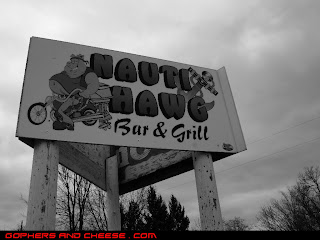 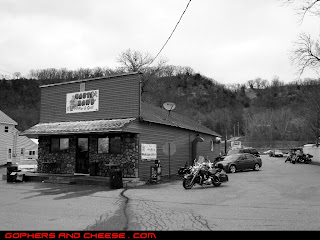 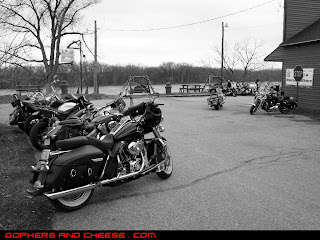 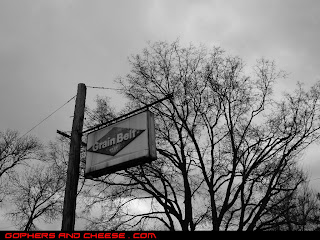 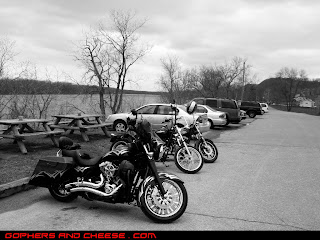 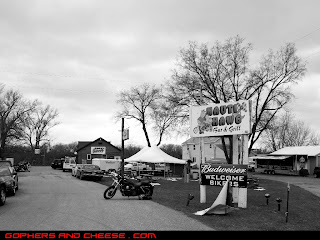 After that stop, I went back to the No Name Saloon in Prescott, WI for one more cup of coffee and headed home.  I did about 200 frigid miles in total.  Let's all hope for much better weather for the Fall Flood Run.