Yes, I actually braved the cold and took part in the 46th Annual Spring Flood Run.  It snowed the night before so I waited much longer than normal to leave home so the temperature could rise a little and the roads could dry.

The turnout was extremely small due to the poor weather.  Check out all the posts on my "Guide To Local Events" page to see how packed this event normally gets.

It was very cloudy and very cold.  It was supposed to hit the upper 40s, maybe 50, but I don't think it actually broke 40.  Factor in the windchill riding down the road, and it was downright frigid.  I don't have any heated gear so I was layered up (thermal longsleeve, mock turtleneck, heavyweight hoodie, leather jacket, thermal pants, jeans, Aerostich Darien overpants, helmet, thick gloves, and a neoprene facemask).

I arrived at the Beach Club Bar & Grill in Lake St. Croix Beach, MN around 12:30, two hours after the official start.  You can see snow on the ground near the sign. 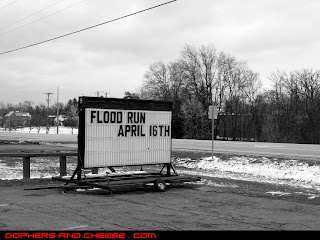 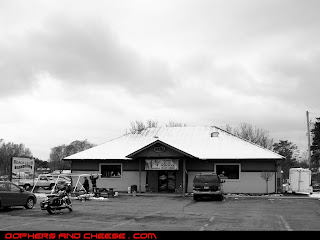 After a brief stop there, I headed south along the St. Croix Trail to Prescott, WI.  Along the winding roads, snow fell off the trees.  It was beautiful and little surreal.

Once in Prescott, I warmed up while enjoying some free coffee at the No Name Saloon.  I also bought my wristband there.  Yes there were other bikes out, but only a tiny fraction of the normal number. 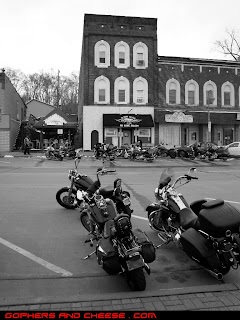 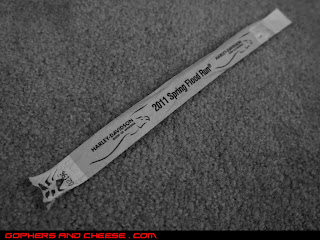 I headed straight south towards Maiden Rock and stopped along the way at the Lake Pepin Historical Marker to take some pics. 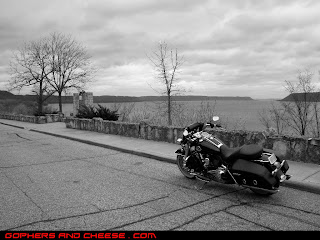 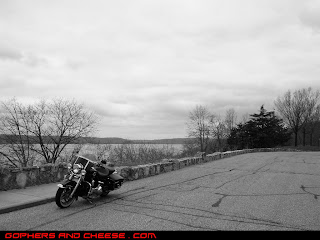 Here's a crappy cell phone pic I took of myself, bundled up.  Given the temperatures, the facemask was not optional. 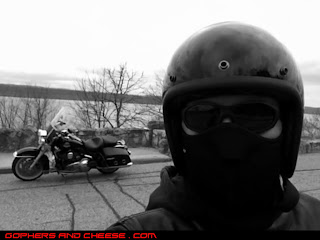 Maiden Rock is typically one of the busiest stops along the run with lots of drinks, food, vendors, and live music.  Sadly, it was like a ghost town with fewer bikes than a normal weekend day. 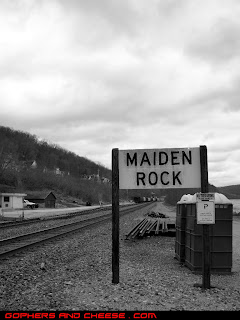 Most bikes were parked in front of the bars. 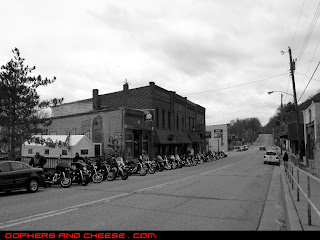 I parked behind the bars where there are often tons of bikes. 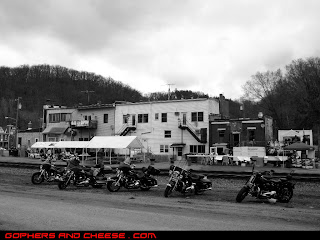 That area was almost deserted with only a few vendors.  I did grab a bite to eat and bought a Flood Run sweatshirt. 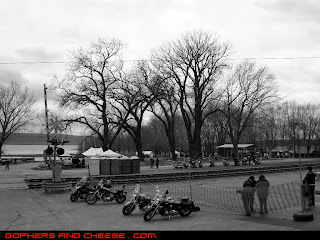 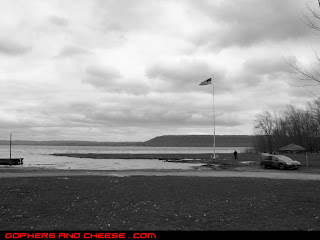 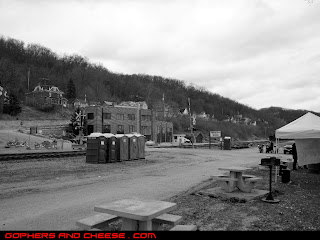 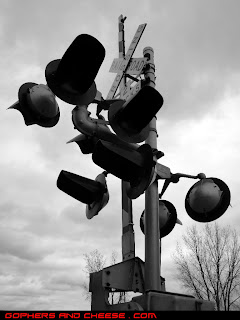 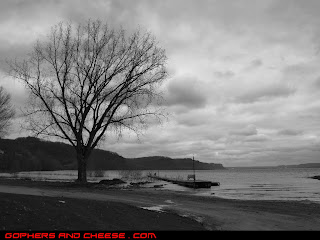