The first Thursday of April was a beautiful day in the 60s for a high!  It was sunny most of the day but got cloudy as the day went on.

The scene in front of Dulono's: 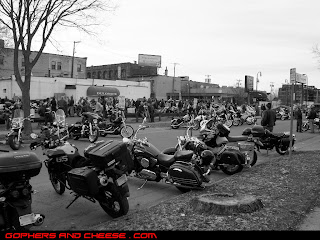 First Thursday is (typically) a massive bike night at Duluno's Pizza near the corner of Lake and Lyndale.  When I've attended in the past, I typically get there between 7 and 8.  Yesterday, I decided to ride there directly after work instead of going home first.  I ended up getting there between 5:30 and 6:00.  There was already a crowd, maybe 50-100 bikes but it wasn't nearly as busy as normal.  I think it was the result of the early time of day and the early month in the year.  I didn't stay too long but I did grab some pizza and snapped a few photos.

Here's a pair of my Road King parked across the street. 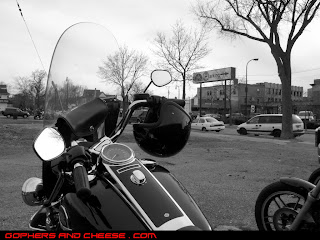 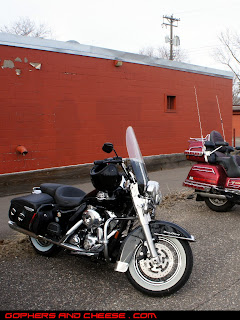 There is always a great mix of old, new, stock, modified, cruiser, and sport bikes at First Thursday.  There's something for everyone.  For example, here's an old Vincent next to a Hayabusa. 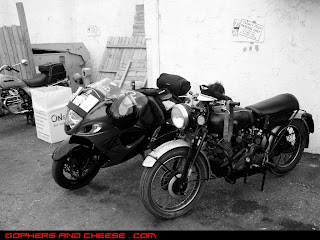 I think this is a new Royal Enfield (at least it looked new) alongside a pair of Harleys. All three are sporting windshields - not a terrible idea in Minnesota in early April. 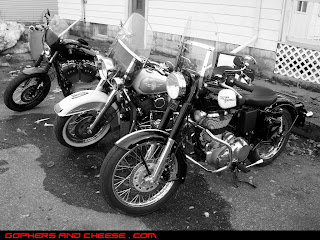 This bike looks made to ride year-round around here.  Check out the gun rack on the sidecar. 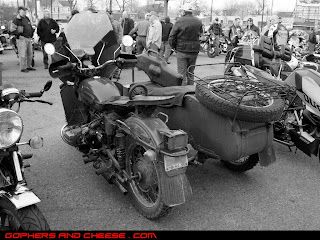 This bike has leather wrapped cables.  Personally, I didn't like them but I did like the rest of the bike. 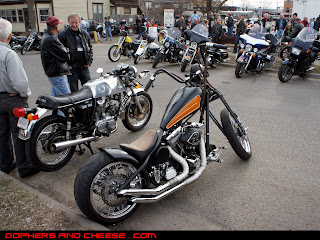 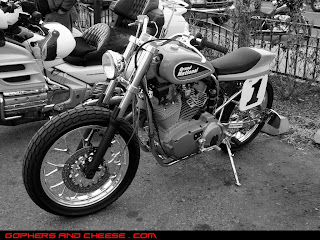 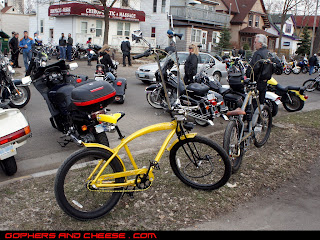 Harley springer with a foot clutch and jockey shift. 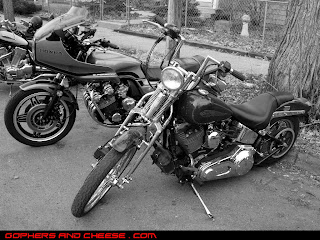 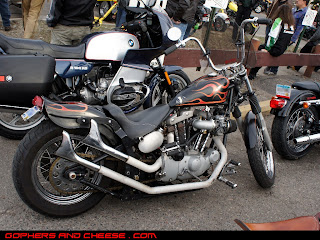 I'll leave you with a bunch of pictures of an interesting bike that I think was once a Victory.  However, I have to assume it was actually a Ferrari because that is what the gas cap said. 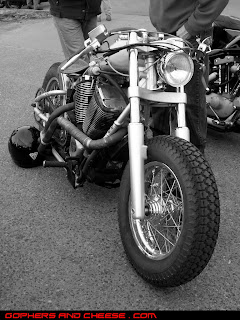 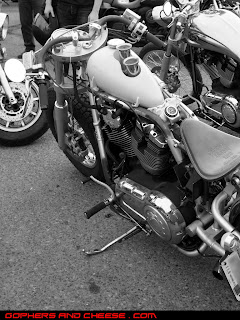 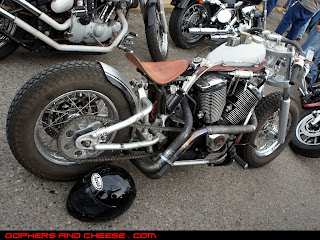 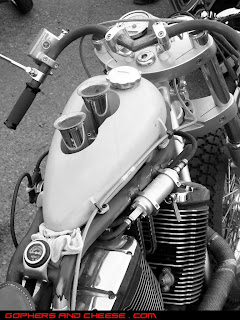