Finally... my last post from the 2011 Donnie Smith Bike Show!  Don't worry, I saved some of the best for last.

I'll start with a bike that I've seen and posted pictures of a number of times called "Swamp Witch".  I think it belongs to one of the guys from the Heavy crew.  The bike is fantastic and the tank art is awesome.  The jar you see next to the front tire is a tattooed piglet in a jar, one of the prizes from the the 2010 Bearded Lady Motorcycle Show. 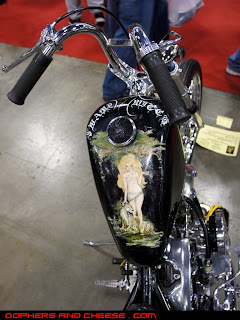 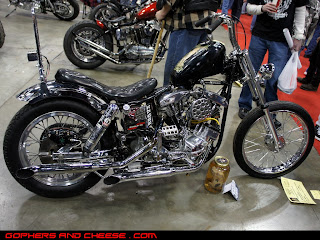 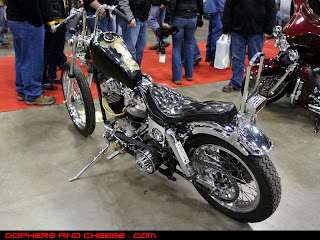 The section of the show I liked best showcased the work of Kevin Baas ("Teach") from Baas Metal Craft and his Kennedy High School Chopper Class.  If you like his work, he also has a blog called Vintage Bike Addiction. 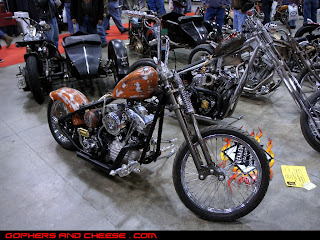 This is Kevin's 1947 Knuckhead with a 1940 sidecar.  He calls this bike "Elvis".  This bike was featured in the last issue (#36) of Dice.  The bike has changed since the photos were taken for the magazine.  It looks like he did swap out the motor.  It looks like like he changed over to a tank shift too.  The sidecar looks a lot different with a coat of paint and some trim. 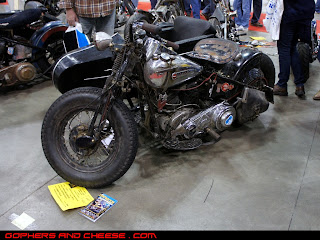 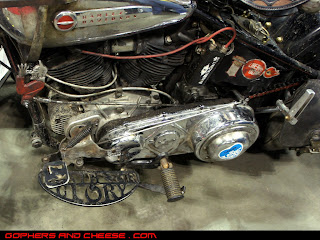 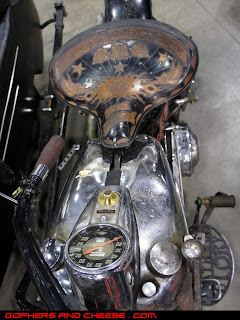 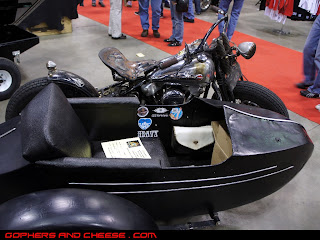 My favorite bike was the 1939 Knucklehead that he built for his wife.  Wait, does that mean I like girl's bikes?  I guess I do ride a Sportster after all... 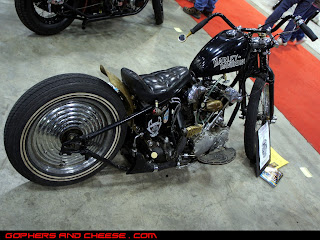 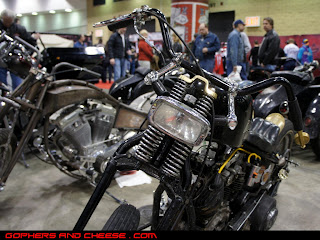 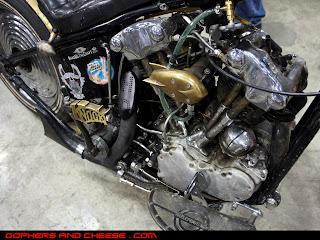 If you didn't go to the show this year, you missed out and should be ashamed of yourself.  Don't miss it next year.