Even more pics from the 2011 Donnie Smith Bike Show...

While I respect the power that comes with putting a V8 in a motorcycle frame, Boss Hoss motorcycles are not my style.  That said, here's a pic of a customized Boss Hoss on display. 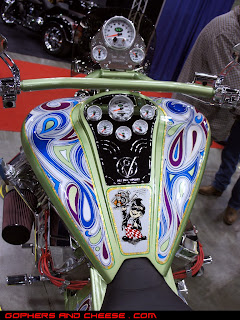 I don't think motorcycles should have 9 different gauges and I don't think they should have sound systems either.  This was the biggest set of speakers I've ever seen mounted to handlebars.  The owner had it cranked and you could watch the middle speaker bounce. 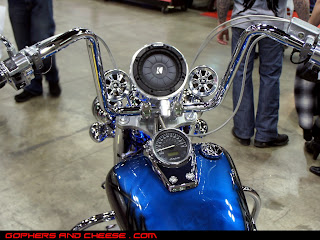 Shifting gears to a bike I actually like, check out this highly customized softtail.  There's lots of interesting work on the front end and controls. 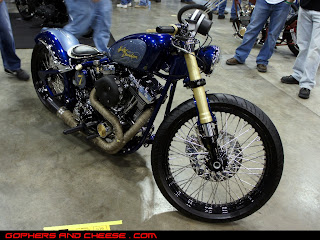 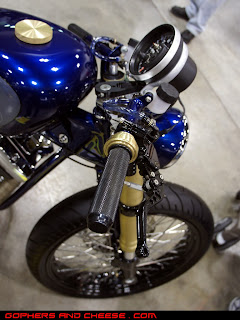 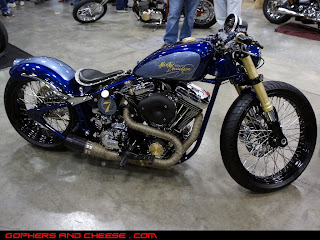 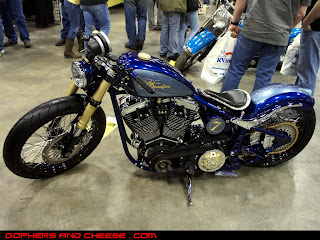 Here's another softtail, this time with a turbo.  It must be handy in Alaska when you have to evade bears and moose. 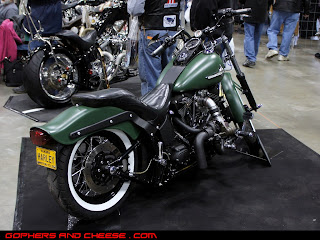 Speaking of the woods, I initially took a picture of this softtail called "Northwoods" because the wolves on it reminded me of the Sportster Rider shirt I bought from Quad Cam Bastards.  See my post with a picture of the shirt here.  However, for what it was, the paint was well executed to look like birch.  I hope the owner wears a wolf shirt while riding.  That would be beyond awesome. 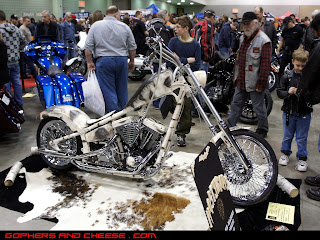 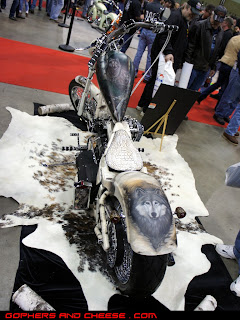 Almost done... my last post from the show is next...