Like old school raked out choppers?  Me too.  Here are some nice examples.

Not sure of the year on this one but I think it might have one of the Crazy Frank's rear fenders that are all the buzz right now in the blogosphere.  It's a nice bike regardless. 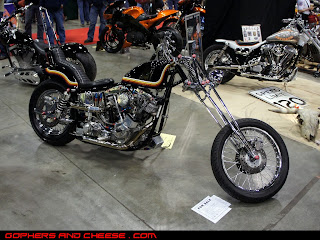 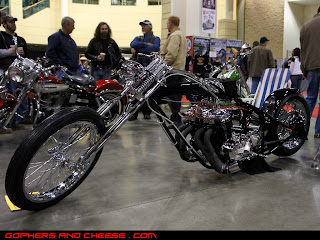 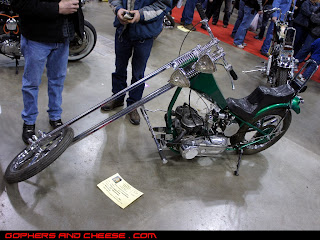 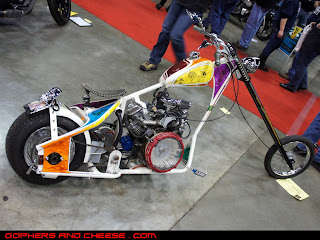 For the these last two, I'm not sure what years they are.  Both are sporting coffin tanks and girder front ends.  If you look too quickly, you might think they're the same bike but they are actually quite different. 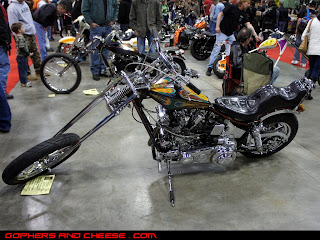 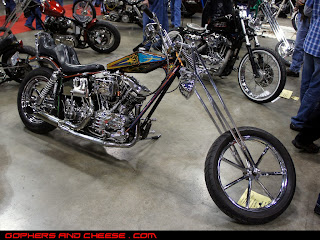 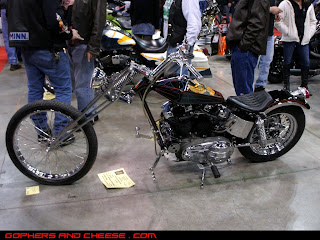 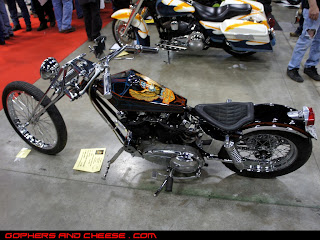 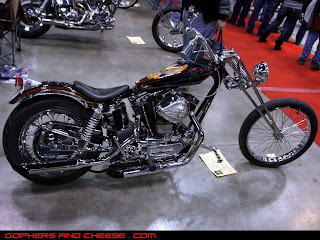 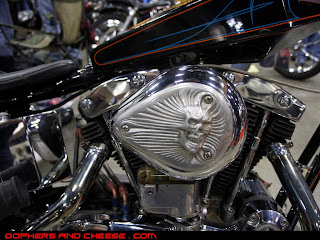 Many more pics to come...

got any rat bike pics?

Not from this show. However, I did see a bike that day with a true spring seat I had photographed before that would fit the profile. If you look in the archive for the May 22, 2010 post "Vintage Japanese Motorcycle Show", you'll see some pics. You might find a few rats elsewhere on the blog. Search for things like Bike Show, Bike Night, The Joint, or Flood Run and you'll find pics I took of other people's bikes. There are a few rats here and there.