Yet more pics from the 2011 O'Reilly World Of Wheels car show... 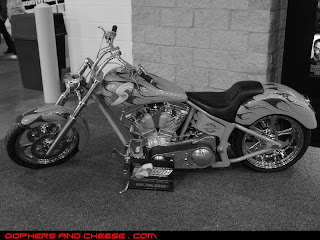 This bike is called "Green with Envy".  Trust me, it was very green. 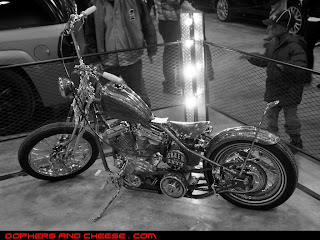 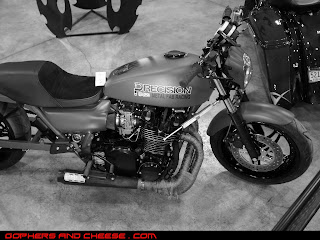 There's a local stunt bike crew called Twisted Addiction that had a bunch of bikes there. 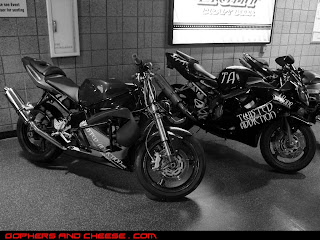 I have seen this bike a number of times but it's always a treat.  The paint job is difficult to see in these pics but it has a bunch of Winnie the Pooh characters as skeletons.  It's tough to describe, but an awesome bike. 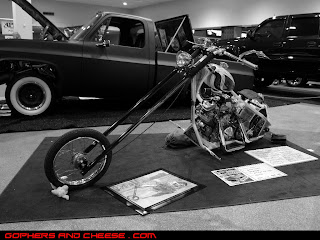 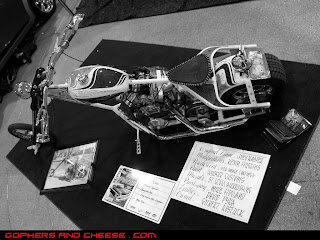 This is a '97 Sportster.  It's not my style but clearly a lot of work has gone into it. 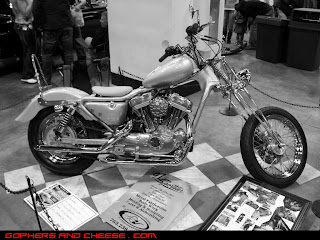 This 2006 Sportster was very tastefully customized.  The one thing I didn't quite understand was leaving the pegs stock. 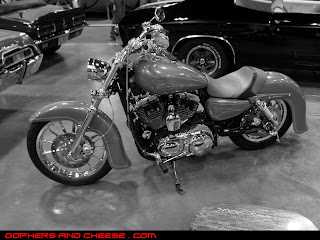 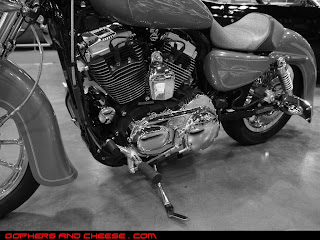 Yes, even more pics to come...