Two Reasons for Lack of Posts

It's been about a week and a half since my last post.  Two things have kept me from posting.

The first is I got an iPhone last week.  I'm like a kid with a brand new toy.  The first week I was up past 1:00am for 4 days in a row downloading apps and playing games.

Then this past week I was in So. Cal. for work.  I've never been to California.  It was warmer than Minnesota (obviously) but it wasn't that nice - it was cool and wet most days.  I was jealous seeing quite a few bikes on the highways but after witnessing it, I think lane splitting (which is legal there) is insane.

Here is a pic of the cloud cover.  Highs were in the 60s and lows were in the 40s but it was cloudy and rainy most of the time. 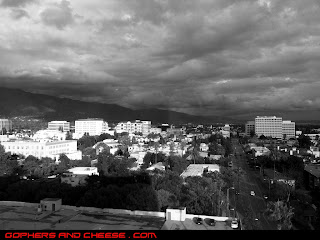 The weather did clear up on the day I left (of course). 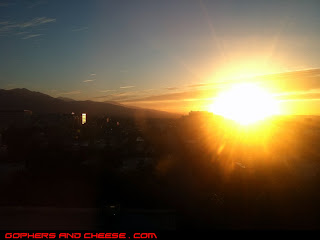 I want to go back at some point and ride out there.  I didn't have the opportunity on this trip.

Anyway, I'm back.  A lot of snow has melted but much still remains.  The riding season is almost here and I have already seen one bike on the roads here.  I need to get busy in the garage and finish my projects.  For the next few days, you can look forward to pics I took at the International Motorcycle Show back on 2/6.