Another full-color re-post to bring some warmth for a freezing cold day...

The day was full of live music on an outdoor stage behind the 331 Club.  I couldn't stay for it all but the bands I heard sounded great.

Here's the schedule.  Never mind the dude creepin' behind the sign... 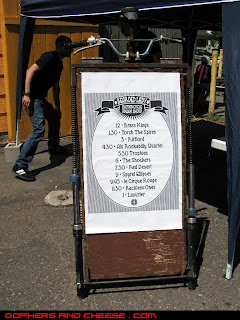 These guys were goin' all Emmet Otter Jugband... 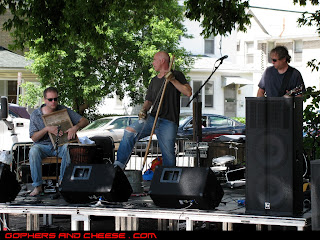 while these guys were goin' all Riverbottom Nightmare Band. 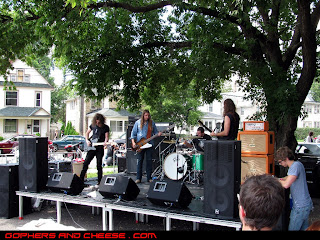 If you don't understand the two references above, you need to watch more Christmas movies involving Muppets.

While the Bearded Lady may be a freak show on the surface, it is a bike show at its heart.  The prizes were highly unusual (and awesome) - tattooed piglets in jars. 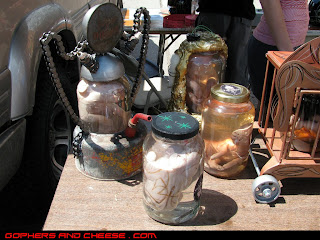 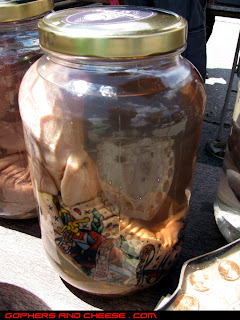 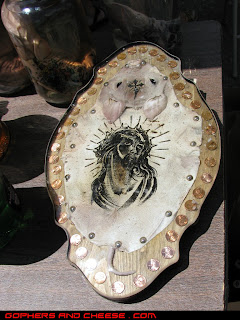 Bikes and scooters were everywhere. 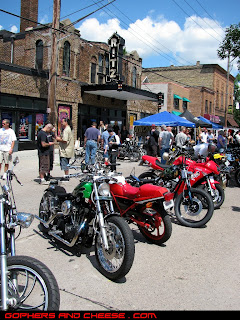 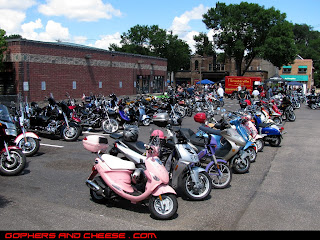 Yee-haw!  Seriously though, a fur-covered scooter with a saddle for a seat - it's pretty fantastic.  However, I'm nervous enough about hitting a deer as it is without worrying that one might want to run into the road just to mate with my ride. 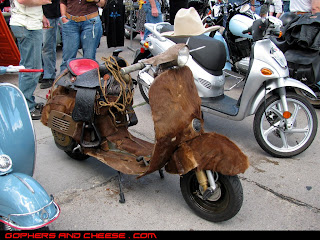 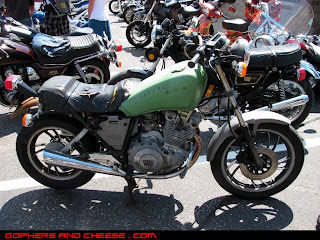 What does a tractor and boat have in common?  I don't know either but this bike is somehow a tribute to both (John Deere tank & life jacket passenger pad, among other details)... 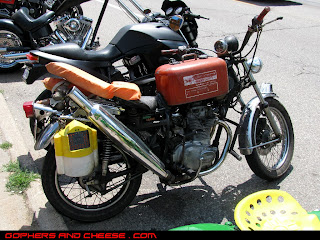 This one's called Frankenbike (it says so on the front fender).  I can only wish, hope, and dream that the switches on the tank actually work. 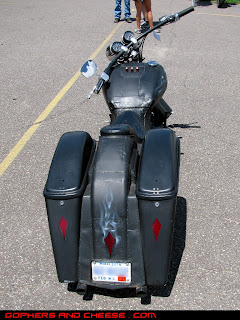 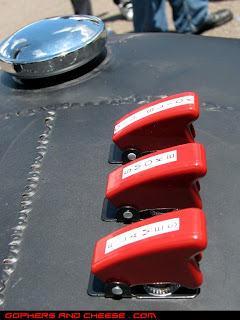 Many more bike pics to come in the next post!